Graham: Placing importance on the needs of the many 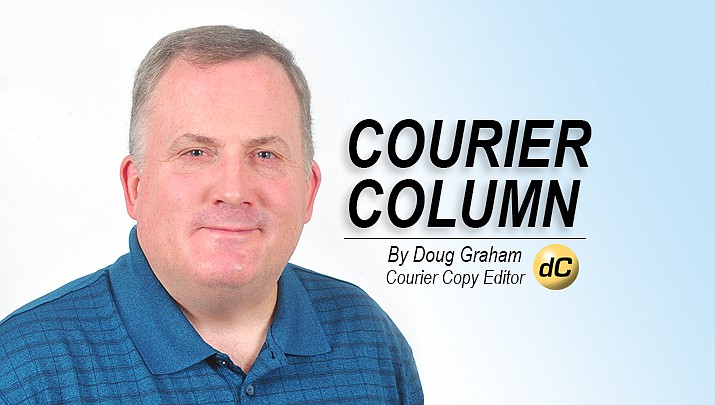 I try to keep a positive attitude about our world — especially the future one my grandson is going to live in.

However, I have grave concerns about the direction we are heading. Despite what some people believe, this cannot be blamed on any one person in particular. This goes far beyond “America First” to “Me First”.

And as much as some people like to dump everything on today’s young people, this problem did not start with the millennials. It has been decades in the making.

The “me” generation of baby boomers came out of the activist era of the 1960s and adopted a self-involved lifestyle. It eschewed the established traditional faiths of previous generations, which were centered on work and the postponement of gratification. Instead, boomers embraced a consumption-oriented lifestyle that favored lived experiences and sought immediate fulfillment.

Things have degenerated since then, as we moved through Generation X into Generation Y — the aforementioned millennials.

(We are now seeing the rise of Generation Z. What are we going to call the next generation, AA? We could assign it a number, or maybe a symbol like the one Prince used at one time. Or maybe we could just stop branding entire generations with some labe l. Just a thought.)

The internet has accelerated our slide into narcissism, as it separates us from our fellow humans and makes it easier to concentrate on our own needs instead the good of the world in general. The result? A society guided by individualism and isolation.

We recently celebrated the 75th anniversary of D-Day, when thousands of young men showed what humans can accomplish when we work together and act toward the good of the world instead of ourselves. Our society has lost that unity; it is deeply broken and weaker for it. The bonds of love and sympathy that make us strong and prosperous are gone. We are losing the sense of oneness as people strive for their own benefits.

You may be asking yourself, so what? This all could just be part of society’s evolution, the natural progress of the human race. The problem? As Winston Churchill once said, “Those who fail to learn from history are condemned to repeat it.” And history shows that societies fall when selfishness becomes a dominant trait, when people are living for themselves and give no importance to the well-being of others.

We need to put a combined effort in steering society back on track, back to working toward common goals, development and progress. Our unity can be our greatest strength if we work to re-establish it. Remember, we all play a role in the world; no one is more important than anyone else.

Let me finish with a passage from Mitch Albom’s “The Next Person You Meet in Heaven.” It may not be an iconic piece of literature, but that does not take away from the truth of these words:

“… we humans make so much of ‘our’ time on earth. We measure it, we compare it, we put it on our tombstones.

“We forget that ‘our’ time is linked to others’ times. We come from one. We return to one. That’s how a connected universe makes sense.”

We need to rise above our own personal interests. Spend part of each day thinking of how you can take “your time” and turn it into “our time.” We all can make a difference.

Doug Graham is Community Editor for The Daily Courier. He can be reached at dgraham@prescottaz.com.