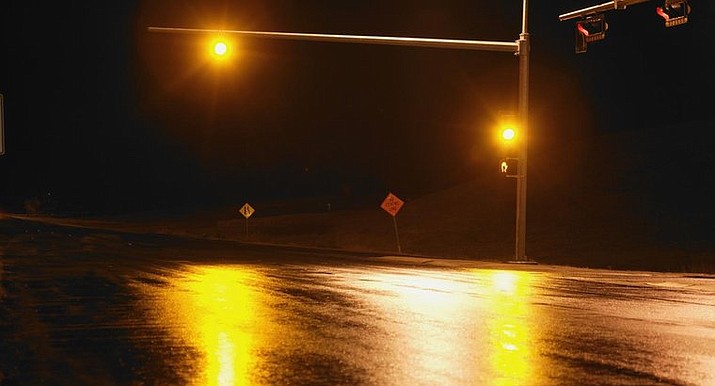 • DRIVING — That 900-pound elephant on the road certainly comes with a price: everyone has an opinion about it.

This past week I opened Pandora’s Box on local traffic. At issue, mostly, is how long it takes to commute from Point A to Point B.

“Bill” wrote in with a great suggestion: “Employ the flashing yellow left turn arrow on many of our roads in the quad-city area. Highway 69 should be the first fixed. This is a no brainier. They use this technique throughout the state and in particular Peoria traffic has improved.”

I would add what I saw living in Colorado, which were traffic signals changing to all-flashing yellow after 10 p.m. or so. That turns the intersection into a proceed-with-caution yield; everyone pays more attention and few are held up by incessantly long waits.

Add to that what “Carol” stated: “One of the issues that makes me late for appointments are drivers who seem to feel they are great drivers if they drive 15 mph UNDER the speed limit going down Williamson Valley Road, and I’m not talking about during bad weather. … The frightening thing about these slow drivers is the scenario where aggressive drivers will pass three or four cars at a time on a two-lane road with few passing areas just to get around them ... very dangerous.”

Then “Joel” wrote: “I heard from an old guy who retired out of the traffic management arena that the plan is operating correctly. It never was the intention to move traffic efficiently through the tri-city complex. Lights have been timed to ensure that the driver was stopped occasionally to maintain safety.

“Unfortunately, besides the frustration on the driver, the pollution level from idling cars decreases the air quality.”

I will never pretend to have all of the answers; still, few times before have I heard from more people on any one issue. These are three of dozens of readers who wrote in on this topic. Sadly, only two or three mentioned growth. I thought there would have been many more!

It reminds me of the Courier’s 1999 award-winning series, “Rough Roads Ahead,” when people were being killed on local roadways. Remember the nickname for Highway 69? “Blood Alley,” as a title, did not wane until the powers that be installed the raised median.

Watch for more on this, as we focus more on the consequences we all must face (18 subdivisions starting or growing will certainly impact us all!).

Safety is the greatest concern, folks; and, as “Joel” concluded: “May you have a peaceful and painless death.” (Read that twice and you’ll understand the concern.)

Email me at twieds@prescottaz.com if you have something new to add on this. I look forward to it.

• LEADERS — Kudos to the Prescott High School students who hosted the largest-ever (of its kind) student convention last week for members of student councils. Everything was planned, down to every detail.

If ever you worried about the future, rest assured our kids were great student ambassadors — the leaders of tomorrow!

Prescott’s senior representative has made a “major” mistake: “Our governor (Doug Ducey) made a commitment to (Arizonans) that he would never ever raise ‘taxes.’ However, he has no problem with signing legislation that would increase ‘fees’ like he did for (Campbell’s) bill that increased the vehicle registration fee.”

William’s logic is that fees are no different than taxes, and Ducey “has no problem with raising fees.” He concludes that Campbell should change his approach. “You need to define a new ‘fuel fee’ that would be paid by all people who buy gas or diesel fuel in the state … to fund our highways.”

I agree. It can be a tax by another name; however, Campbell told me he is aware of fees versus taxes and this uphill battle.

Thank you for writing in.

• PICK OF THE WEEK — (Proving there’s always something good to do in the Prescott area that’s cheap or free): Prescott Stamp Club meeting and auction at 12:45 p.m. Thursday, Feb. 7, at Trinity Presbyterian Church, 630 Park Ave., Prescott.

I wonder if their collections are worth more after the Postal Service raises stamp prices?!

Editor's Note - I have updated this column correcting what a flashing-yellow traffic signal means, which is "proceed with caution." Traffic facing the yellow light has the right-of-way, but oncoming traffic usually also has a flashing yellow light, and cross traffic will have a flashing red light.