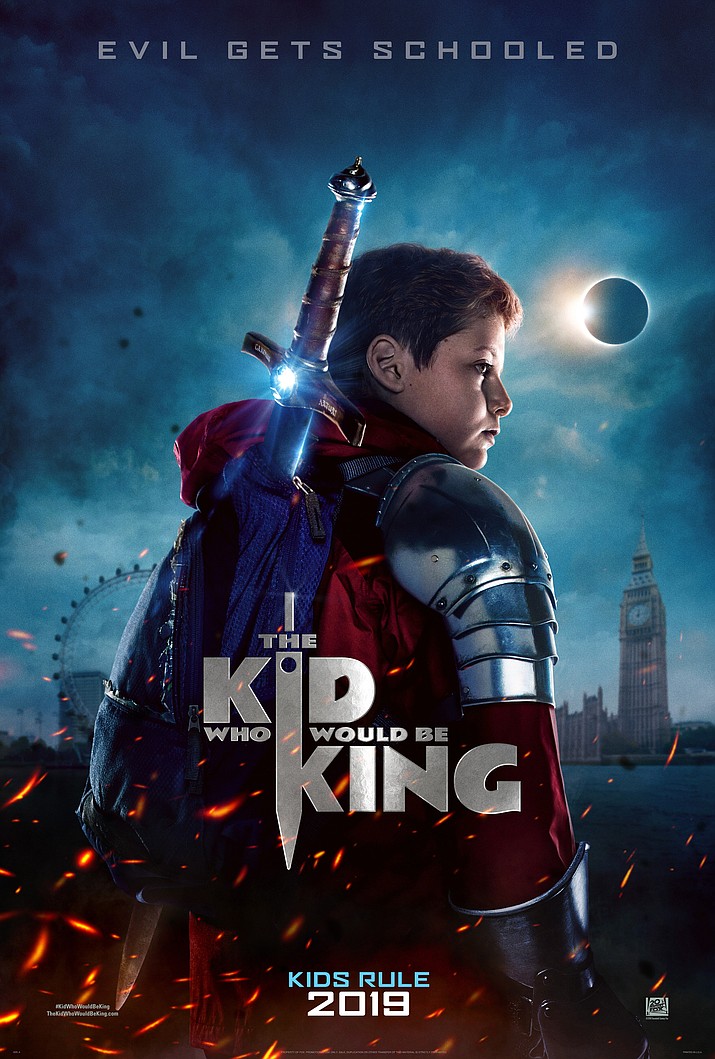 (NEW) THE KID WHO WOULD BE KING – Old-school magic meets the modern world when young Alex stumbles upon the mythical sword Excalibur. He soon joins forces with a band of knights and the legendary wizard Merlin when the wicked enchantress Morgana threatens the future of mankind. Stars Louis Ashbourne Serkis, Tom Taylor, Rebecca Ferguson, Patrick Stewart. Rated PG – fantasy, action. 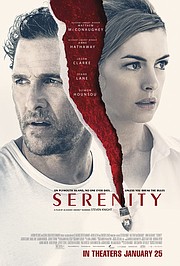 (NEW) SERENITY – Baker Dill is a fishing boat captain who leads tours off of the tranquil enclave of Plymouth Island. His peaceful life is soon shattered when his ex-wife Karen tracks him down. Desperate for help, Karen begs Baker to save her – and their young son – from her violent husband. She wants him to take the brute out for a fishing excursion – then throw him overboard to the sharks. Thrust back into a life that he wanted to forget, Baker now finds himself struggling to choose between right and wrong. Stars Matthew McConaughey, Anne Hathaway, Diane Lane, Jason Clarke, Djimon Hounsou, Jeremy Strong. R – drama, thriller. 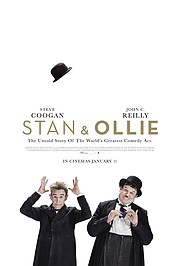 (NEW) STAN & OLLIE – Laurel and Hardy – the world's greatest comedy team – face an uncertain future as their golden era of Hollywood films remain long behind them. Diminished by age, the duo set out to reconnect with their adoring fans by touring variety halls in Britain in 1953. The shows become an instant hit, but Stan and Ollie can't quite shake the past as long-buried tension and Hardy's failing health start to threaten their precious partnership. Stars Steve Coogan, John C. Reilly, Nina Arianda, Sherley Henderson, Danny Huston, Rufus Jones. PG – drama, comedy.

IF BEALE STREET COULD TALK – In early 1970s Harlem, daughter and wife-to-be Tish vividly recalls the passion, respect and trust that have connected her and her artist fiancé Alonzo Hunt, who goes by the nickname Fonny. Friends since childhood, the devoted couple dream of a future together, but their plans are derailed when Fonny is arrested for a crime he did not commit. Stars Stephan James, Regina King, and Kiki Layne. Rated R – drama, crime. 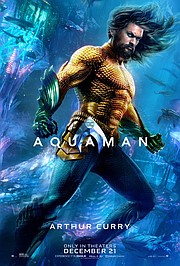 ESCAPE ROOM – Six adventurous strangers travel to a mysterious building to experience the escape room – a game where players compete to solve a series of puzzles to win $1 million. What starts out as seemingly innocent fun soon turns into a living nightmare as the four men and two women discover each room is an elaborate trap that's part of a sadistic game of life or death. Stars Taylor Russell, Logan Miller, Deborah Ann Woll, Tayler Labine, Jay Ellis, Nik Dodani. PG-13 – mystery, science-fiction.

MARY POPPINS RETURNS – Now an adult with three children, bank teller Michael Banks learns that his house will be repossessed in five days unless he can pay back a loan. His only hope is to find a missing certificate that shows proof of valuable shares that his father left him years earlier. Just as all seems lost, Michael and his sister receive the surprise of a lifetime when Mary Poppins – the beloved nanny from their childhood – arrives to save the day and take the Banks family on a magical, fun-filled adventure. Stars Emily Blunt, Lin-Manuel Miranda, Ben Whishaw, Emily Mortimer, Julie Walters, Dick Van Dyke, Angela Lansbury, Colin Firth, Meryl Streep. PG – fantasy, adventure.

BUMBLEBEE – On the run in the year 1987, Bumblebee the Autobot seeks refuge in a junkyard in a small California beach town. Charlie, on the brink of turning 18 years old and trying to find her place in the world, soon discovers the battle-scarred and broken Bumblebee. When Charlie revives him, she quickly learns that this is no ordinary yellow Volkswagen. Stars Hailee Steinfeld, John Cena, Jorge Lendeborg Jr. John Ortiz, Jason Drucker, Pamela Adlon. PG-13 – science fiction, action.

THE MULE – Broke, alone and facing foreclosure on his business, Earl Stone takes a job as a drug courier for a Mexican cartel. His immediate success leads to easy money and a larger shipment that soon draws the attention of hard-charging DEA agent Colin Bates. When Earl's past mistakes start to weigh heavily on his conscience, he must decide whether to right those wrongs before law enforcement and cartel thugs catch up to him. Starring Clint Eastwood, Bradley Cooper, Laurence Fishburne, Michael Peña, Dianne Wiest, Andy Garcia. R – crime, mystery.