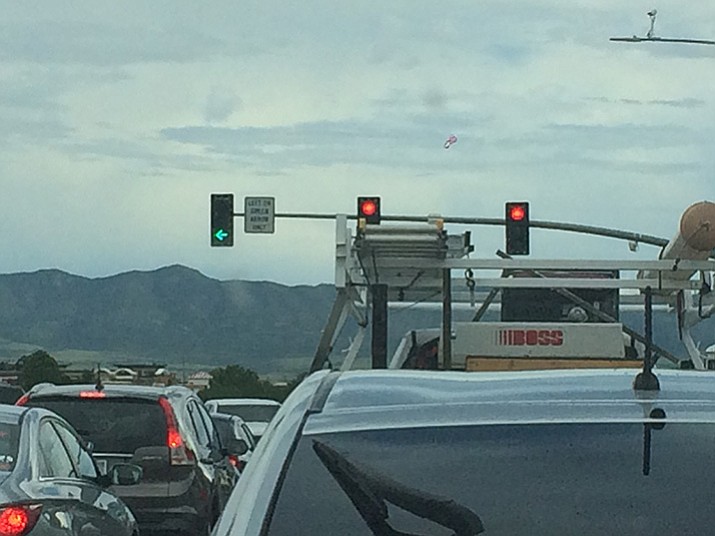 The Friday Catchall: OK, so how about some 900-pound elephants, err, trucks in the room?

• DRIVE TIME — Let’s call this first one traffic in the Quad Cities.

People I have spoken to only so far this year tell tales of taking as long as one hour to drive from Prescott to the Courier offices in Prescott Valley (near Highway 69 and Robert Road). Others speak of one to one-and-a-half hours to go from Prescott Valley to Chino Valley, for example.

While one of these — driving from near Viewpoint on PV’s north side to Williamson Valley (near Old Stage Stop on Outer Loop Road) — was during the New Year’s Eve snowstorm, all others were during regular, dry-pavement weather. And, of those, four were during a morning, noon or evening “rush hour,” yet six more spoke of late night, afternoon or mid-morning commutes.

The times basically average 14 mph on the slow end to 31.5 mph for other treks. That is actual drive time — how far per hour in the car, not the speed they truly drove. And, we’re not talking here about people who “own” the fast lane or play tortoise in the slow lane.

All told, people are commenting about traffic signals, gridlock and bad road designs.

For years we have heard from the Arizona Department of Transportation about how Highway 69 needs fixing. Good news is, along with corresponding municipalities, they are doing or planning projects to fix parts of it, such as the lanes between the Gateway Mall and where highways 89 and 69 intersect to someday allow better traffic flow.

Others relate how sitting at traffic lights turns a 30-minute drive into 50 minutes, along a route on which you’re allowed to drive 45 to 50 mph. (The longer you sit at a long light, such as at Glassford Hill Road and East Long Look Drive — it’s a painfully long light, even after midnight — the longer your drive.)

Naturally, I find that one must leave extra time to drive and arrive. I have worked to be that way, getting to where I’m arriving as much as 15 to 20 minutes early. But that’s not always possible.

“I cannot win — I leave 40 minutes before my appointment and I’m late every (bleeping) time,” one commuter, “Jane,” said, adding that the drive is about 24 miles and most roads along the way allow 45 to 65 mph.

I find that perplexing.

What’s the cause? How bad is it out there?

Let’s start this topic with some of your anecdotes. Email me at twieds@prescottaz.com (refrain from cursing, which seems all too common on this issue).

I look forward to hearing from you.

• NO CELL AZ? — How about no hands? Sadly a state trooper died at the hands of a texting-while-driving motorist recently. He was not the first person to become a victim this way, but could he be the last?

The Arizona Legislature might make that happen, signaling this week that a statewide requirement of hand-free use of devices while driving might be on the table.

Folks, its time has come. Use the device’s speaker, buy some headphones or earbuds, or speak on the phone while in your vehicle only from the side of the road, while safely parked.

I hope it is not because cities and counties (think: Prescott, Prescott Valley and Yavapai County) decided to act where the state would not. Still, a statewide ban is appropriate. Consider that it is unclear which jurisdiction requires or allows what.

Sigh. You would think it should have never taken this long.

• PICK OF THE WEEK — (Proving there’s always something good to do in the Prescott area that’s cheap or free): Professional, local basketball — the Northern Arizona Suns versus the Stockton Kings, 6:30 p.m. Tuesday at the Findlay Toyota Center, 3201 N. Main St., Prescott Valley. Tickets start at $10.