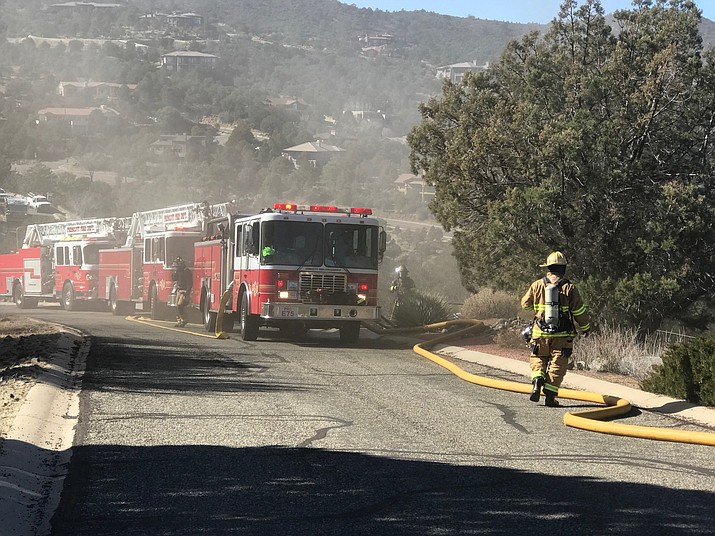 Firefighters are battling a basement fire at a 3,500-square-foot home in the 3100 block of Rainbow Ridge Drive in Prescott.

The report of the fire came in around noon Tuesday, Jan. 22. Four fire engines initially responded and three more were called to the scene around 12:40 p.m.

Watch the Courier and dCourier.com for more.