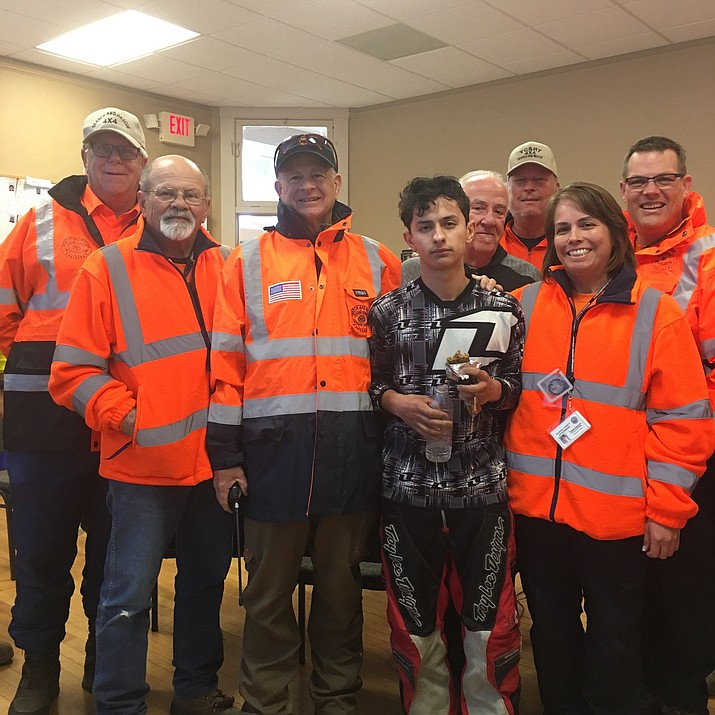 Jhon Zuluaga Ossa, 18, stands with members of the Yavapai County Search and Rescue Team after being found walking along Forest Road 362 near Crown King Monday morning, Jan. 21. The young man was riding an ATV in the area when he got lost and ran out of gas. 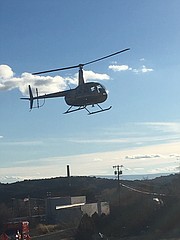 An 18-year-old man from Phoenix was found by rescue crews Monday morning, Jan. 21, after spending a cold night in the wooded area near Crown King.

Family and friends reported Jhon Zuluaga Ossa missing at about 7 p.m. Sunday, Jan. 20. The young man had last been seen riding off in a white Raptor ATV near South Senator Highway and Forest Service 362 at about 4 p.m.

The quad was found abandoned by the Yavapai County Search and Rescue Team, Southern Unit, around 8:15 a.m. Monday, YCSO reported.

About 15 minutes later, YCSO’s Rescue One Helicopter, flying the area where the quad was found, spotted the teen near Forest Road 362. The pilot landed, picked up the teen and returned him to the Mayer substation where he was checked over by fire personnel and cleared for release.

Ossa told rescue personnel he got lost Sunday and ran out of gas. He wasn’t carrying a cellphone at the time. To stave off the cold, he found an unoccupied mobile home to stay in overnight and began walking out along Forest Road 362 at daybreak.