Board tables vote on police certification for ex-Arpaio aide 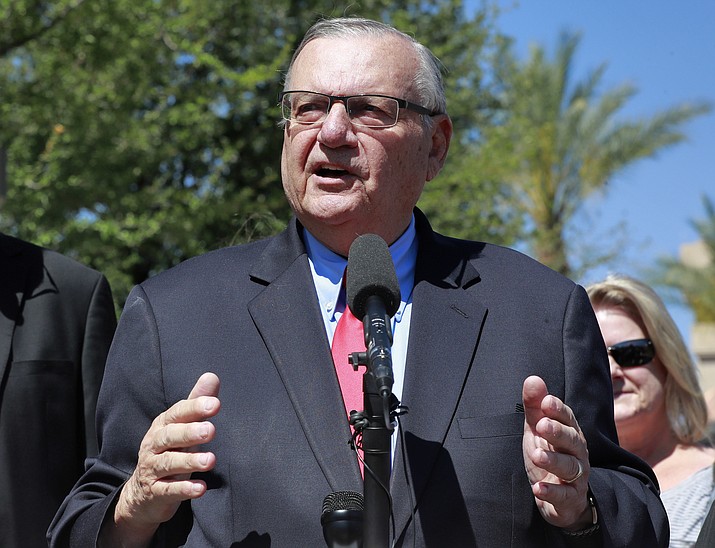 In this May 22, 2018, file photo, former Arizona Sheriff Joe Arpaio speaks at the Arizona Capitol as part of his unsuccessful U.S. Senate campaign. Last week, a judge who ordered compensation for Latinos who were illegally detained when Arpaio defied a 2011 court order in a racial profiling order was asked to give the victims six more months to seek the money. Maricopa County, which is responsible for the compensation costs, is expected to oppose the proposed extension. (Matt York/AP, file)

PHOENIX — The board that certifies police officers in Arizona tabled a vote on whether to launch a disciplinary case against former Sheriff Joe Arpaio's top aide for misconduct in a racial profiling lawsuit.

The Arizona Peace Officer Standards and Training Board was unable to vote over the fate of former Chief Deputy Jerry Sheridan's certification because three board members recused themselves from the matter, with one citing his friendship with Sheridan.

The vote will be held when enough board members are present to take action.

Sheridan could face a suspension or revocation of his certification if a disciplinary case is opened.

Sheridan and Arpaio were found to be in civil contempt for disobeying a 2011 court order to stop Arpaio's immigration patrols.

Sheridan says he would vigorously fight any disciplinary case.