Range at Sportsmen’s Club to reopen this month
Current memberships will be honored, town manager says 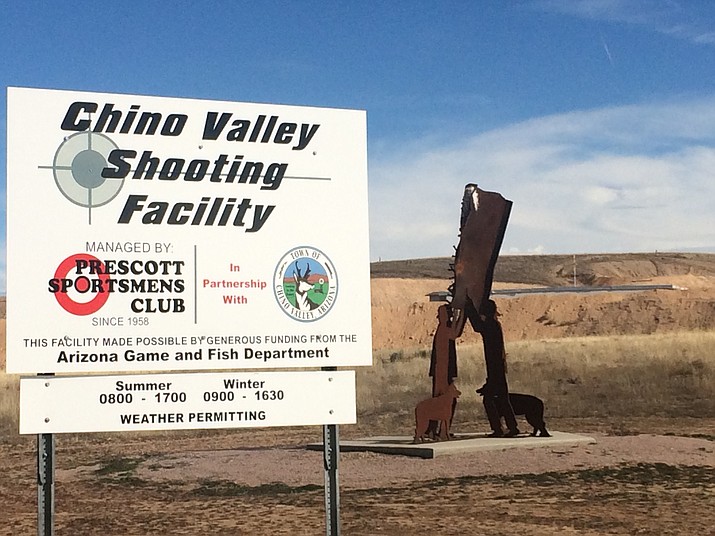 The Chino Valley Shooting Facility will reopen later this month after a closure of several months due to internal conflict within the Prescott Sportsmen’s Club. (Jason Wheeler/Review)

The Chino Valley Shooting Facility will reopen later this month after a unanimous decision by the Chino Valley Town Council to terminate the concessionaire agreement at its Tuesday, Jan. 8 meeting.

“What we want to do is get the range open,” said Mayor Darryl Croft. “We have some ideas how we’re going to do that.”

In 2011, the Prescott Sportsmen’s Club entered into a concessionaire agreement with the Town of Chino Valley to run the range, according to the agenda item staff report. However, in 2018, internal conflict arose within the club. The club’s treasurer quit the board and the range master said he wouldn’t work since he could not get paid, causing the town to close the range for safety purposes.

Following the closure, two groups claimed to be the legitimate board for the club. Both parties were given breach notifications, and while both of them have attempted to resolve the issues, neither has done so to the town’s satisfaction.

“Both sides have hired an attorney, have attempted to serve temporary restraining orders against one another, and a judge has now frozen their assets,” the report states. “The Town has received copious emails from both sides, with resignations and terminations from both boards confusing the issue even further.”

However, a large amount of phone calls and inquiries have been made about opening the range. As such, Prescott Valley Police Chief Charles Wynn and the recreation department have been working together and the range will be open for public shooting beginning Saturday, Jan. 26, said Town Manager Cecilia Grittman.

“Saturdays and Sundays into the near future, the town will work with some volunteers and other part-time people to get the range open,” Grittman said. “We will be then looking to develop that concessionaire agreement and put that out for bid for someone to run the range.”

Range hours can be found at www.chinoaz.net.