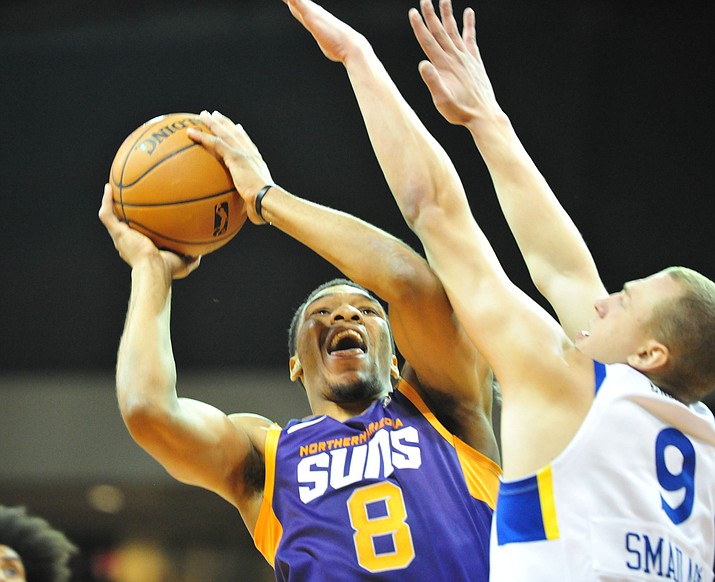 PORTLAND, Maine — The Northern Arizona Suns’ nightmare, at long last, is over.

With the win, the 2018-19 Suns avoided potentially matching the G League record of 17 straight losses, which was set by the Erie BayHawks in 2016 and tied by the Salt Lake City Stars in 2017.

The Suns improved their record to 4-24 and ended a streak of eight consecutive road losses, which had tied the franchise’s record. NAZ’s last victory came Dec. 1 at the Iowa Wolves.

The Red Claws of the Eastern Conference, meanwhile, dropped to 8-17.

NAZ outscored Maine, 35-21, in the fourth period after falling behind 78-71 at the end of the third quarter. Five Suns scored in double figures, led by forward Hollis Thompson’s 22 points (10 of 18 from the field) and eight rebounds.

Maine was led by power forward Vitto Brown, who finished with a game-high 23 points and seven rebounds. Four other Red Claws were in double figures, including former NAZ Sun Archie Goodwin, who had 10 points, three steals and two assists.

Trailing 51-48 at halftime, the Suns couldn’t make headway in the third period, falling behind 78-71 after Goodwin made a driving layup as the buzzer sounded.

In the fourth, the Suns went cold initially, failing to convert a field goal in the first 2-plus minutes. And yet they pieced together a comeback over the next couple of minutes, going on an 11-0 run to tie it at 82-82 with 6:28 left.

Suns guard Daniel Dixon, who’s dealing with a nagging left foot injury, missed his seventh game of the season on Saturday. Veteran forward Derek Cooke Jr., who remained out of the lineup due to undisclosed personal reasons, also missed his seventh contest of the campaign.

NAZ ends its four-game road trip when it visits the Canton Charge (8-14 record going into Saturday) at 5 p.m. Tuesday, Jan. 15.

The Suns then return home to play host to the struggling Texas Legends, who had lost seven in a row and were 8-18 headed into the weekend, at 7 p.m. Saturday, Jan. 19, at the Findlay Toyota Center in Prescott Valley.