Days Past: Leading the suffrage charge in Prescott 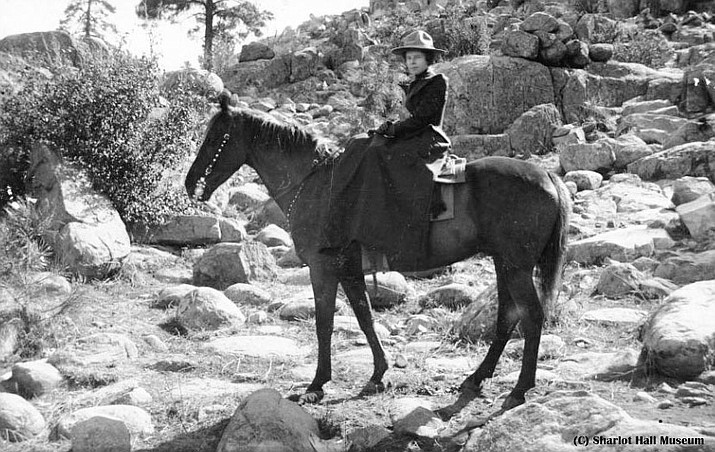 In the late 1800s, Western territories and states were in the forefront of progressive politics and social change. One significant and contentious issue of the period was women’s suffrage — a woman’s right to vote and hold public office. At this time, some felt women were too delicate to be faced with making such an important decision, that they were incapable of understanding the complexities of political or social issues, or that voting had little to do with a woman’s role as a wife or a mother. Like much of the United States, Arizonans were divided on the issue. 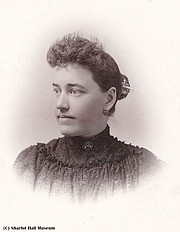 Citizens of Prescott also held a range of opinions. For many residents, the idea of women being too fragile to vote did not ring true. The area already had a tradition of hard-working, decisive, and resilient women who endured 12-hour days homesteading, operating businesses, raising families, or running households.

In fact, the Arizona women’s suffrage movement has a distinctive place in the town’s history. Prescott reformers like Frances Willard Munds and Pauline O’Neill played major roles in local and national movements for women’s voting rights.

Pauline Schindler O’Neill was born in 1865 in San Francisco, California, and moved to Prescott with her parents in about 1884. Married to Roughrider William “Bucky’ O’Neill, she was involved in a number of social reform movements and was passionate about civic engagement. She initially connected with her community through the Monday Club, a women’s civic organization based in Prescott. Later, her interests expanded to include women’s suffrage.

Many women, like O’Neill, gained experience with social and political activism, and energetically collaborated with others through these community-based organizations that established the groundwork for social reform movements. By using the local and national networks of women’s groups, they were able to face the challenges of recruiting supporters and campaigning to change state and national policies. Although O’Neill moved from Prescott to Phoenix in 1901, her work in Yavapai County had a lasting impact. An advocate for many causes throughout her life, she also championed the Temperance movement, which backed banning the production and sale of alcohol.

Frances Willard Munds was born in 1866 in Franklin, California. As a young woman of 19, she moved from Sacramento, California to Prescott in 1885. Following time teaching in Payson, Mayer and Jerome, she married John Munds on March 5, 1890. In Prescott, she quickly became involved in the Women’s Christian Temperance Union (WCTU) and eventually the Arizona Equal Suffrage Association (AESA), first serving as Secretary and eventually as President from 1908 to 1912. Munds was dedicated to women’s suffrage and was certainly one of the most active reformers to call Prescott home. She believed that women’s suffrage was a non-partisan issue, stating: “We shall band ourselves together in a non-partisan body for carrying out the plans for ideal legislation, for women and children especially.”

Munds promoted the idea that women’s involvement in politics “would elevate political discourse” to a more civilized level. She appealed to the “Justice and Fairness” of suffrage: “It is now a mere question of justice and right, and only needs an appeal to reason.” Munds believed that denying women the right to vote was an indignity that could only be reversed by seeking equality under the law.

With the enthusiasm and leadership of Frances Munds, Pauline O’Neill, and countless other advocates, women’s suffrage rallies were held throughout Prescott and helped garner momentum and support for the movement not only locally, but across Arizona. In November 1912, less than nine months after Arizona became a state, Arizona women achieved suffrage through a state-wide ballot initiative.

However, for many proponents of the movement, the work was not done. In that year, Kansas and Alaska also granted women the right to vote, but there was no national legislation that granted suffrage to women across the rest of the United States. This did not happen until 1920 with the passage of the 19th Amendment. Without the years of dedication, energy, and enthusiasm of Arizona women like Pauline O’Neill and Frances Willard Munds, this would not have been possible.

Addison Arnold completed the 2018 Summer Education Internship at the Sharlot Hall Museum. She is currently a senior completing a bachelor’s degree in History at the State University of New York, Buffalo.

“Days Past” is a collaborative project of the Sharlot Hall Museum and the Prescott Corral of Westerners International (www.prescottcorral.org). This and other Days Past articles are also available at https://www.sharlot.org/articles/days-past-articles.l. The public is encouraged to submit proposed articles and inquiries to dayspast@sharlot.org. Please contact SHM Library & Archives reference desk at 928-445-3122, ext. 2, or via email at archivesrequest@sharlot.org for information or assistance with photo requests.