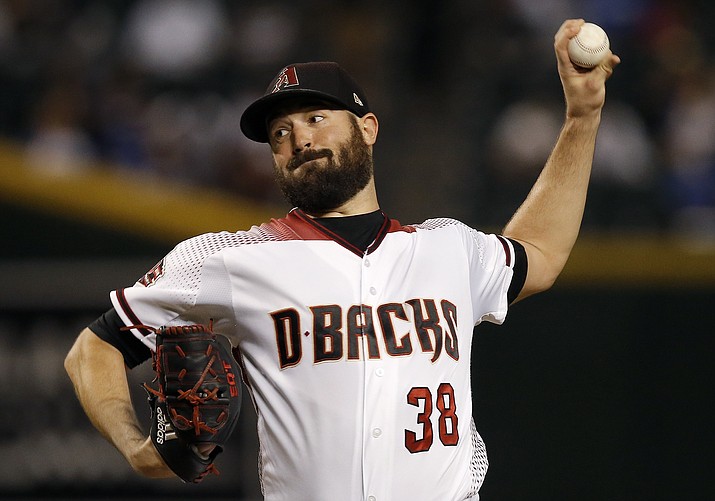 Lamb was an All-Star in 2017 with 30 home runs and 105 RBIs but was sidelined with season-ending shoulder surgery last August. He appeared in just 56 games, hitting .222 with six homers and 31 RBIs.

Chafin was the primarily left-hander out of the bullpen for Arizona, compiling a 3.10 ERA last year.

Souza, acquired in a trade with Tampa Bay last offseason, was slowed by injuries and played in only 72 games, batting .220 with five homers and 29 RBIs, down from his 30 homers and 78 RBIs the previous season.

Walker opened the year in the rotation but underwent season-ending Tommy John surgery in April.

Andriese, who came in a midseason trade with Miami, was 0-3 with a 9.00 in 14 appearances with Arizona.