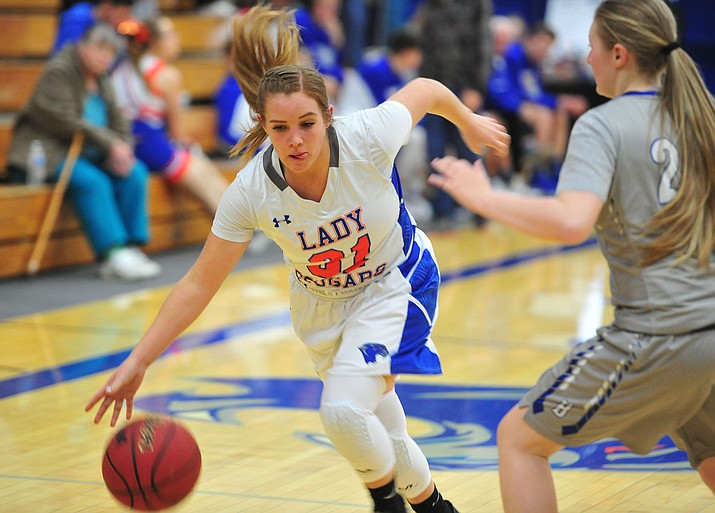 Meanwhile, No. 24 Northwest Christian improved to 4-5 and 2-1 in region, snapping a four-game losing streak in the process.

With her team trailing 30-28 late in the fourth quarter, Chino Valley starting junior shooting guard Rudy Rodriguez had an open look for a potential game-winning 3-pointer, but her desperation shot bounced off the glass as the buzzer sounded.

Junior post Anna Hunter’s night stood out as much as anyone else’s, however, as she finished with nine points, eight rebounds, seven blocks, two steals and an assist.

Chino Valley’s offense had no answers for Northwest Christian’s trapping zone defense, which smothered the Cougars all evening. Only starting junior swing Shayne Andrews scored in double figures for the hosts. She scored a team-best 10 points, all in the first half. She added three rebounds and a block.

Chino Valley trailed 12-10 at halftime, but was outscored 9-3 in the third period, and the Crusaders capitalized. The Cougars outscored the visitors, 13-11, in the fourth quarter and yet couldn’t complete the late comeback.