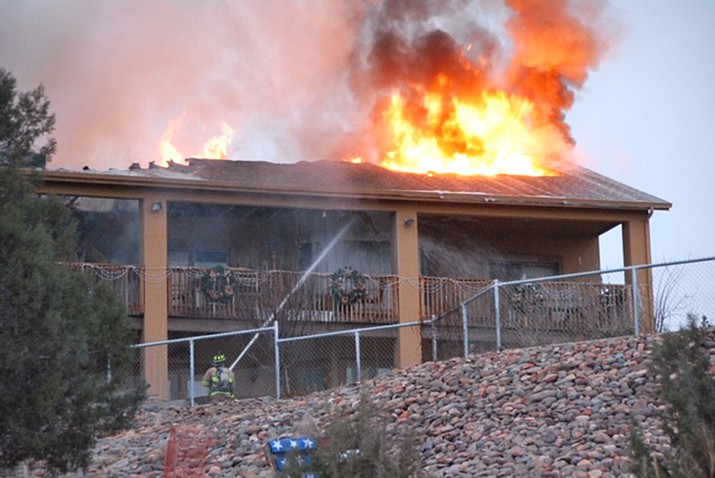 An attic fire managed to consume much of a Chino Valley home Saturday evening, Jan. 5.

Occupants of the home, located in the 6000 block of North Grey Gos Road, reported smoke coming from the attic with no visible flames at about 4:30 p.m. At the advice of a 911 dispatcher, the residents evacuated the home, said Central Arizona Fire and Medical Authority (CAFMA) Fire Marshall Rick Chase.

“It was a full-blown attic fire that had burned the top floor of the residence as well,” Chase said. “Firefighters were on scene for several hours fighting the fire and performing the salvage and overhaul operations. The fire was contained to the home.”

The fire is believed to have been caused by an issue with the home’s fireplace, Chase said.