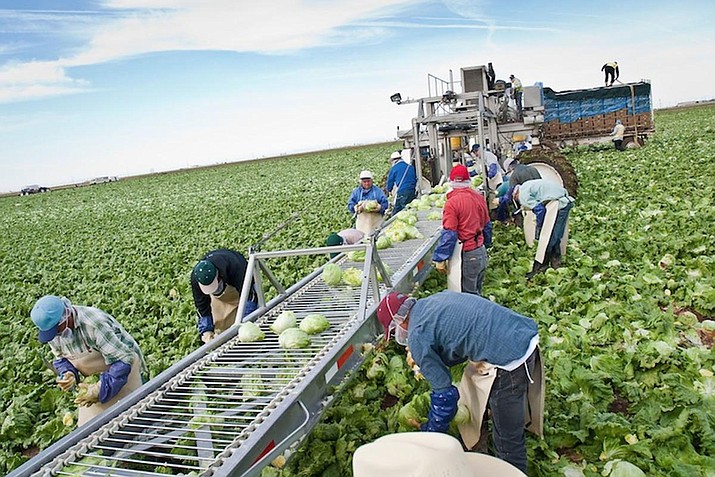 YUMA — The calendar has turned over to a new year, but the agriculture industry in southwestern Arizona’s Yuma area isn’t forgetting an E. coli outbreak last April that dealt financial setbacks to growers and distributors of romaine lettuce and other leafy greens.

U.S. Food and Drug Administration investigators said water samples from an irrigation water canal in eastern Yuma County tested positive for the same genetic type of E. coli that led to 210 reported illnesses and five deaths. And a cattle feedlot in the area was identified and called a potential source of harmful bacteria.

However, nothing definitive turned up at 22 farm fields, and subsequent testing didn’t find the outbreak pathogen again in the canal.

Now, months later, the Yuma Sun reports that research initiatives are being launched as efforts continue to identify precise vulnerabilities in their industry’s practices and infrastructure.

Produce growers in Arizona and California have adopted new standards based on the information gleaned from the FDA, including additional water quality testing, increased attention to weather conditions and longer distances from feedlot operations.

Elston Grubaugh, general manager of the Wellton-Mohawk Irrigation and Drainage District, said canal repairs after the investigation into the outbreak may have been a step toward one solution. The district hopes to draw down the canal again in early 2019 for additional work, he said.

“There’s still some concrete repair work we can do, so it’ll be good if we can get out of service to do that work,” he said. “And who knows, one of the ideas is that E. coli could have colonized some sediment, and drying out those sediments may be helpful. That’s just one theory of many. But it’s something we can try.”

Gary Pasquinelli of Pasquinelli Produce Co. noted the industry took another blow when another E. coli outbreak tied to romaine was reported just before Thanksgiving, leading the FDA to put out a warning against consumption of all romaine. However, it was unlikely the product that had caused the illnesses came from Arizona.

The November order was lifted a week later, and Pasquinelli said “we’re recovering nicely, and doing everything we can on the food-safety front ... to figure this thing out.”

Along with research into other potential causes, he said the vegetable industry will need to improve communication with feedlots and ranches about ways to prevent contamination.

FDA investigators have returned to the Yuma area to test produce at the post-harvest stage at processors and coolers. The FDA’s Center for Food Safety and Applied Nutrition wants to research factors that could increase or decrease the likelihood of E. coli contamination.

Scientists from the center met with Yuma-area industry representatives in December to propose a collaborative research initiative, using the government’s state-of-the-art laboratories to study how the bacteria get into produce and cause illness.

Channah Rock, a University of Arizona Cooperative Extension water quality specialist working with the center on the project, said three committees have been set up to ensure transparency and oversight of the research, addressing concerns voiced by growers at that meeting. More than 20 organizations and individuals are represented on the three new committees, Rock said.