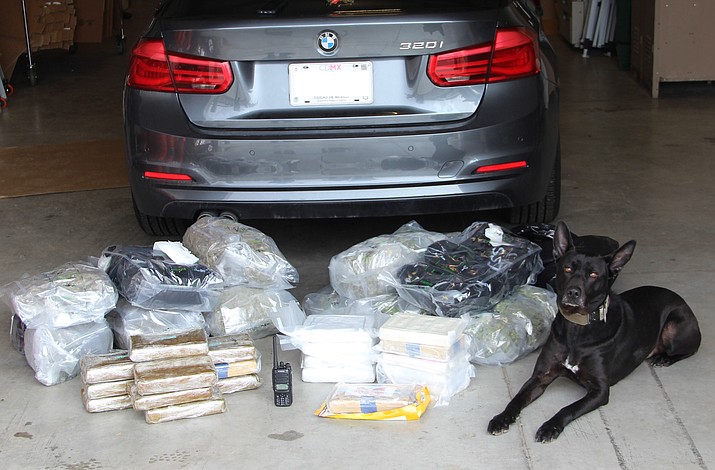 PANT is partially funded by seized money obtained through a state program called civil asset forfeiture. Commonly referred to as RICO — short for the Racketeer Influenced and Corrupt Organizations Act — the program is designed to undercut the profits of wrongdoers by seizing assets believed to be tied to criminal activity, such as drugs, cash, vehicles and weapons.

Those assets are returned only if either the state chooses not to proceed with legal action against the alleged wrongdoer or if owners of the property prove their innocence. Otherwise, the property is liquefied and used for law enforcement supplies and training in their efforts to specifically fight criminal organizations and/or aid victims.

Once a month, Polk meets with all of the county’s police chiefs and sheriffs and they decide together to determine how that RICO money will be spent.

“Most of the money goes to support PANT,” Polk said. “We also try to make contributions to the (Yavapai) Family Advocacy Center.”

A substantial chunk of that RICO funding support for PANT was being used to cover the salary of the task force’s forfeiture investigator. As of July, however, a new federal law was enacted that prevents the use of RICO funds to cover replacement salaries for officers who are specifically assigned to asset forfeiture duties, therefore eliminating Yavapai County’s ability to cover the PANT investigator’s salary with RICO funds any longer.

On top of this, there’s been a significant decline in asset forfeitures throughout the country.

“Law enforcement is just seeing less cash being transported that’s typically associated with drug cartels and drug trafficking,” Polk said. “What experts are saying is that they believe the drug cartels have figured out another way to move money, and it probably relates more to Bitcoin and those new currencies.”

“We’re not seeing those big cash seizures anymore,” Rhodes said. “So not only is it more difficult to seize now, but there’s not as much coming in.”

Combined, these changes have created a funding crisis for PANT at a time when narcotics interdiction is more important than ever, Sheriff Scott Mascher said.

“When you have fentanyl killing kids, and you have all these things going on with heroin coming through and crystal meth now the primary smuggled narcotic coming through the border, we can’t lose positions in narcotics investigations; we have to increase it,” Mascher said.

WHAT TO DO ABOUT IT

Discussion is under way among PANT partners about how to create a sustainable funding model for the task force that doesn’t rely as much on RICO funds as it used to.

“In our last meeting, we decided as an organization that we would go back to our respective board of supervisors and city councils and try to pick up costs for what detectives we have in there that were being paid for by RICO,” Mascher said.

The results of those efforts are yet to be determined, some PANT voting members said, but they’ll likely be discussed to some degree at city/town council meetings throughout the county during the upcoming budget review processes.

“I think we’re OK this year,” Mascher said. “We have funding in [the RICO fund] this year to get us through, but it’s hard to predict what any RICO monies are going to do for us next year. So I think the best thing for us to do is to re-evaluate the multi-agency team and see what our individual agencies who are members can do with funding. My plan is to go to the [Yavapai County Board of Supervisors] and try to cover costs of positions that RICO at one time was covering.”

The other PANT voting members that will have to make similar decisions on their level of funding commitment to the task force via their governing bodies are the following: