Editorial: Gun control talk is back; will anything come of it? 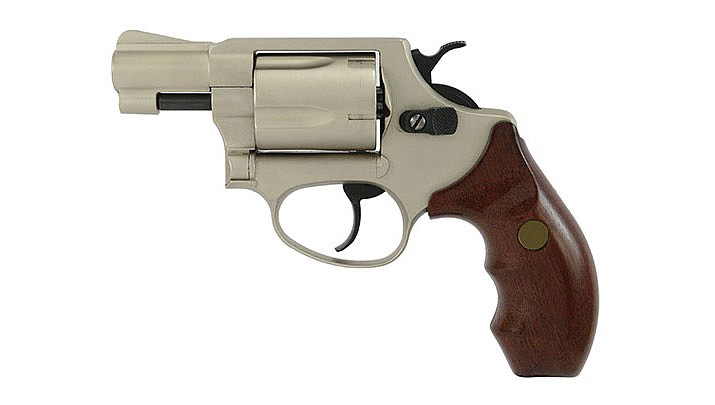 With new leadership in the U.S. House of Representatives, one of the Democrats’ plans is to revisit gun control — timed for the anniversary of the shooting of former Rep. Gabby Giffords.

Speaker Nancy Pelosi and other Democrats will introduce a bill to expand background checks for sales and transfers of firearms on Tuesday, according to the Associated Press, the eighth anniversary of the day Giffords was shot in the head at a constituent meeting in Tucson, Arizona.

This is a pro-active action, rather than the same old rhetoric that regularly follows a tragic shooting. One of the more recent was 11 months ago in the wake of the school shooting at a Parkland, Florida, high school, where 17 people were killed.

At that time the proposed answer was to raise the age for purchasing certain guns. U.S. law dictates that a person must be 21 or older to buy a handgun. However, one need be only 18 to purchase long guns — rifles, including AR-15s and other military-style weapons. Then-Sen. Jeff Flake co-sponsored legislation to raise the age requirement; coincidentally, the state of Washington on Jan. 1, 2019, raised the age to 21 for all gun purchases, after voters passed a similar measure. (This does not solve the issue of 18-year-olds entering the military and giving them a gun.)

Not surprisingly, Democrats promised swift action on gun control after the party regained the House majority. It has been a debate point every time a shooting happens.

But nothing gets done.

That could be because of the powerful gun lobby, but it also could be because background checks already happen at retail businesses. This would affect the private, flea market and gun show sales more than anything else.

We’re in favor of the Second Amendment and rights to use and carry weapons. Still, it is not a surprise more than 90 percent of Americans support universal background checks for all gun sales, according to a variety of polls — some claiming as many as 97 percent.

The Courier has always advocated for training. While the legal sale of guns to youths makes little sense, the challenge comes when we weigh the fact that anyone who wants a gun will find a way to get one — legally or illegally.

That is why the argument often turns to helping those with mental illness and tracking their history, as in the case of the Virginia Tech shooter in 2007. His records of treatment for mental health did not carry over when he went from high school to college.

Again, no one can deny that something is not working.

Let us know what you think is a good — or feasible — solution to this scourge on our nation.

When the Courier conducted its own, informal poll in February 2018 — Are stricter gun laws the answer? — 21.71 percent of the 6,144 votes led the respondents, favoring more comprehensive background checks for all sales; second most (20.26 percent) said stricter gun laws will not reduce the number of gun-related deaths in the U.S.; and reflecting our conservative-leaning area, 17.81 percent had a favorable view of the National Rifle Association.

That tells us no matter what happens, a lot of people will not be happy.

Email us your thoughts at editors@prescottaz.com. We want to hear from you.