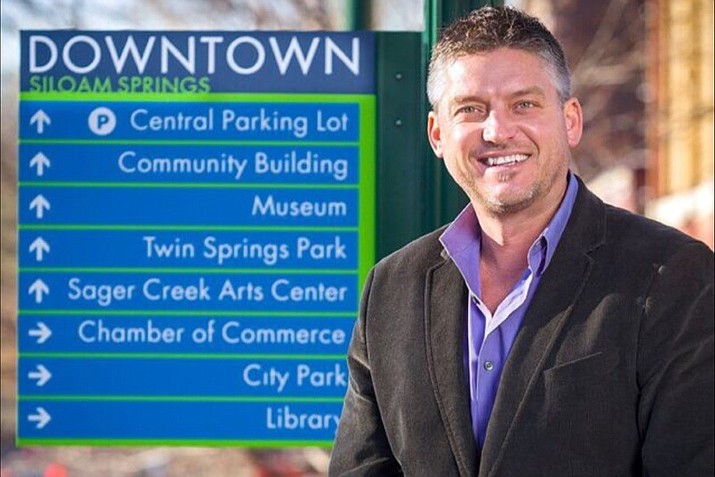 A nationally known expert on downtown revitalization will be in Prescott later this month to help move downtown Prescott forward.

The City of Prescott, the Prescott Chamber of Commerce, the Prescott Downtown Partnership (PDP), and Arizona Public Service (APS) will host Ron Drake, author and podcast personality of “Flip This Town,” in Prescott Jan. 28-30.

According to a city news release, Drake is a “nationally known downtown revitalization expert and speaker, often teaching what he calls ‘Practical Preservation.’”

Drake’s mission: “Inspire-Equip-Restore the Heart of America, one downtown at a time.”

He is best known as a community connector with achievements in creating housing within the downtown core.

“The best way to bring life downtown is to bring lives downtown,” says Drake, “and people living downtown is quite possibly the most successful means to giving the heart of your community a healthy life.”

The organizations have partnered to hire Drake to facilitate connections, problem-solve challenges and help create a workable plan for the future.

“Our downtown is a real gem, with tremendous potential,” said Prescott Mayor Greg Mengarelli, “The city is working on some exciting projects, including the Granite Creek Corridor. It’s smart to bring in Ron, with his diverse background, and track record of success across the country.”

Sheri Heiney, president of the Prescott Chamber of Commerce, noted that she has worked with Drake in other communities. “The time is right to bring his expertise to Prescott,” Heiney said. “Ron will be impressed with our amazing community, and will have a lot to share about moving downtown forward.”

Darla DeVille, APS Community Affairs Manager, stressed the importance of successful partnerships. “Together, we can plan for and create a thriving downtown entertainment district; one that supports businesses while engaging locals and visitors alike,” DeVille said.

Sheri Shaw, downtown business owner and member of the PDP Board, noted that although Prescott already has a vibrant downtown, “We are always looking for new and innovative ways to keep it fresh and relevant. This includes ways to help support small business, utilize vacant spaces, bring more housing downtown, drive tourism, and ultimately make everybody’s hometown the best it can be.”

Of his coming visit to Prescott, Drake said, “I love a community that doesn’t want to get complacent after already having some great successes,” he said. “Hopefully when I leave, we will have identified new opportunities and will have created a clear unified vision for the community moving forward.”

The news release noted that a steering committee is seeking public involvement to make this a successful visit.

“Ron has a very hands-on style of consulting, and would like to talk with and meet as many people as possible, especially those who have interest,” said Heiney.

During his three-day visit, Drake will be meeting with city leaders, business groups, investors, students and supporters of the community.

Drake will conduct a Community Vision Session at 5:30 p.m. Tuesday, Jan. 29, at Yavapai College, and the public is invited to attend.

Organizers ask that attendees RSVP at sheri@prescott.org. Seating is limited. More information is available by contacting the Chamber at 928-445-2000, ext. 115.

More information about Ron Drake and his work is available by visiting the Flip This Town on Facebook and Instagram or at: www.RonDrakeConsulting.com.

In addition, the news release states that viewers can search for the Flip This Town podcast anywhere their favorite podcasts can be found.

“This is a great opportunity for the community to come together to help build a stronger Prescott,” the news release stated.