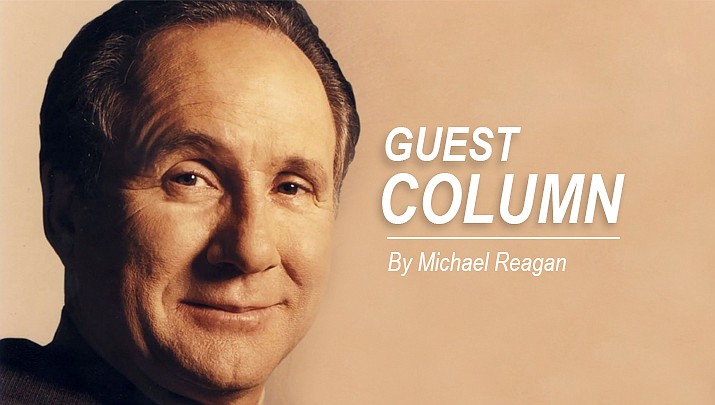 What’s with Mitt Romney, the newly minted Republican senator from the great red state of Utah?

Mitt hadn’t even been sworn in yet and he put his name on a New Year’s Day op-ed column in the Washington Post bearing the headline “Mitt Romney: The president shapes the public character of the nation. Trump’s character falls short.”

Then Mitt showed up on CNN to repeat his complaint that after two years the president of his party has “not risen to the mantle of the office.”

Sorry he feels that way, but if moderate Mitt really cared about the GOP he would have put a leash on that super ego of his.

Lots of us Republicans have criticized the president’s words and actions – justifiably.

But Mitt’s criticism – delivered publicly in two of the liberal media’s holiest places – was an ill-timed cheap shot aimed at reminding everyone in the Washington elite that he may be a loser, but compared to the president he’s still a morally superior being.

Mitt knew his scathing criticism would immediately be spread far and wide by the Trump Hate Media, which it was.

He also knew it would instantly earn the president’s ire, which Trump expressed in a series of counter-tweets.

Even Mitt’s niece, Ronna McDaniel, the chairwoman of the Republican National Committee, hit her uncle upside the head for his subversive selfishness.

“POTUS is attacked and obstructed by the MSM media and Democrats 24/7. For an incoming Republican freshman senator to attack @realdonaldtrump as their first act feeds into what the Democrats and media want and is disappointing and unproductive.”

Mitt’s attack on the president was more than a little hypocritical, given that he had unsuccessfully begged him for a cabinet position and had happily accepted his support last fall when he was running for Utah’s senate seat.

There may be many Republicans who agree exactly with everything Romney said, but that’s not the point.

It was stupid of him to write a column excoriating the president two days before he even took his Senate seat.

He wants to be treated with respect in the Senate, and this is the way he starts?

He should have showed up in Washington, taken his Senate seat and said and done nothing.

If he has complaints or comments about the president, he should have made them to Trump in private.

Trump quickly put Mitt in his place with his tweets and now Senate Majority Leader Mitch McConnell will have to do it in the Senate.

For the next two years or so McConnell will

have to remind Senator Mitt exactly who he is and isn’t:

“Take your seat, Mr. Romney. You’re a junior member of the Senate. You’re not our party spokesman. You have to earn the right to be a spokesman, the way Lindsay Graham has.”

What Mitt did with his op-ed piece – beside pump up his deflated ego, hurt his own party, help the Democrats and give the liberal media free Republican ammo to fire at the president - was to really piss off his new boss McConnell.

I don’t think McConnell will be calling on the rookie senator from Utah anytime soon to seek his advice on anything.

Meanwhile, now that Nancy Pelosi and her leftist Democrat children have taken control of the House of Representatives, the next two years are going to be very rough for the president, the GOP and conservatives.

The last thing they needed was another egotistical Republican flake running loose in the Senate, but it looks like that’s what the junior senator from Utah is going to be.

Michael Reagan, the son of President Ronald Reagan, is a political consultant, and the author of “Lessons My Father Taught Me: The Strength, Integrity, and Faith of Ronald Reagan.” He is the founder of the email service reagan.com and president of The Reagan Legacy Foundation. Send comments to Reagan@caglecartoons.com. Follow @reaganworld on Twitter.