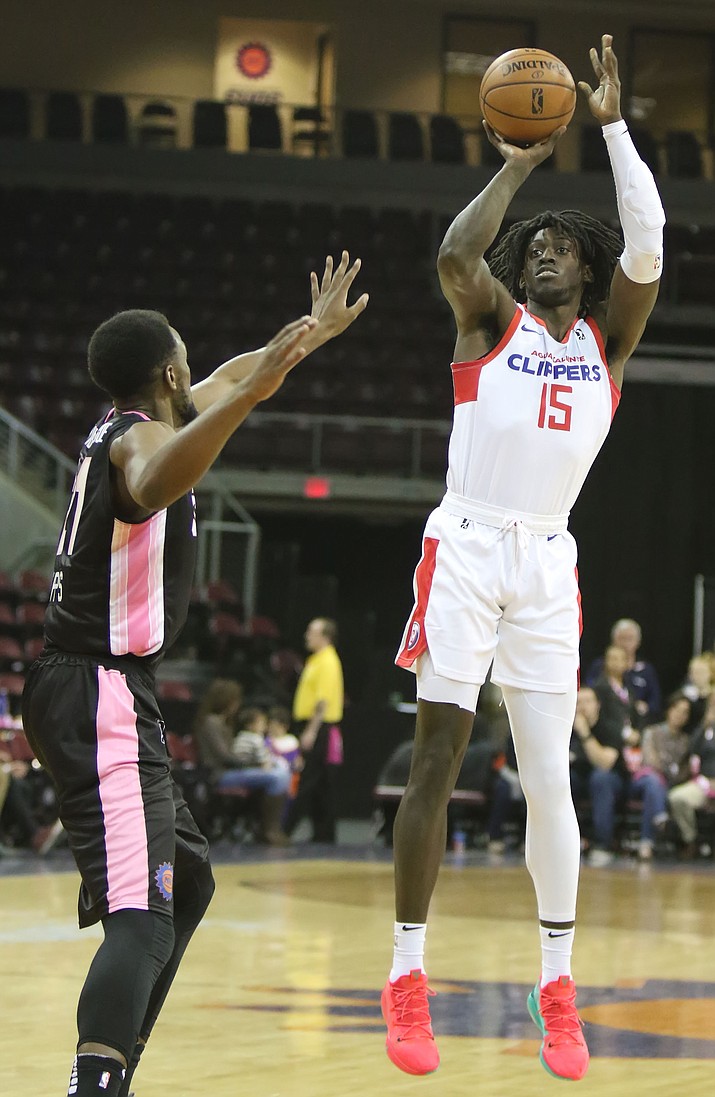 ONTARIO, Calif. — Anthony Bennett made sure that the Northern Arizona Suns’ lingering losing streak remained intact for at least another four days.

An NAZ Sun for part of the 2017-18 season, the Agua Caliente Clippers’ Bennett turned the tables on his former team on Wednesday, Jan. 2, scoring a game-high 25 points on the strength of five 3-pointers to extend the Suns’ slide to 11 in a row.

With their 110-93 setback, the Suns have now lost a franchise-worst 11 consecutive games. If NAZ suffers six more losses, the Suns would match the NBA G League’s longest losing streak record of 17, which has happened twice before, in 2016 and 2017.

At Citizens Business Bank Arena, the NAZ Suns’ record dipped to a league-worst 3-21, and they haven’t won a game since Dec. 1. Agua Caliente improved to 11-9.

In the second half, with less than 3 minutes left in the third quarter, the Clippers led 80-54 after converting back-to-back-to-back 3-pointers. However, NAZ closed out the frame with gusto, piecing together a 14-0 run to cut the deficit to 12 points, 80-68.

With 8:51 remaining in the fourth quarter, the Clippers led 83-74. Bennett then went to work, drilling a 3-pointer at the 8-minute mark, and Manu LeComte drained another trey about a minute later to push the Agua Caliente edge back to double digits.

Suns forward Aaron Epps trimmed the deficit to seven on a put-back jam, 89-83, with 5:40 left. But two Suns misses and consecutive makes by the Clippers made it 93-82 Agua Caliente inside of 5 minutes to go.

Bennett netted three 3-pointers in the final 2-1/2 minutes to crush the Suns’ chances of getting off the schneid. He scored 14 points on 5 for 5 shooting in the fourth period alone.

For the third consecutive game on Wednesday, NAZ guard Daniel Dixon (left foot), who had started in 10 games, and forward Derek Cooke Jr. (personal reasons), who leads the team in double-doubles with six this season, didn’t suit up for the Suns.

The NAZ Suns play host to the Sioux Falls Skyforce (15-8 record) at 3 p.m. Sunday, Jan. 6, at Prescott Valley Event Center. It will be their first home game since Dec. 16.

NAZ owns a 4-0 all-time record at home against Sioux Falls. The Suns will subsequently embark on a season-long four-game road trip to the Midwest and the East Coast, from Jan. 9-15.