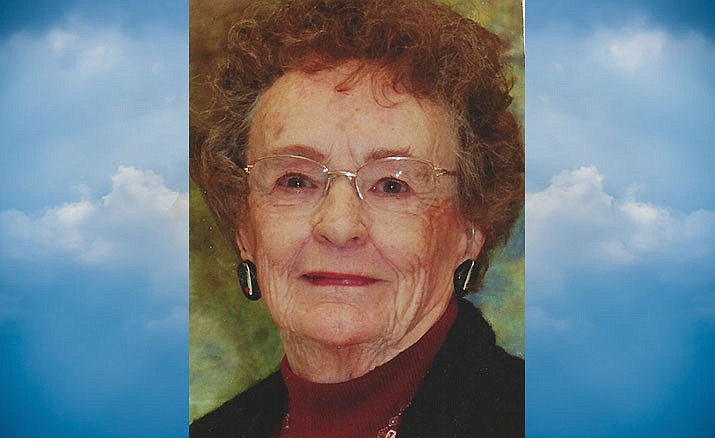 She grew up in Winnipeg, Manitoba, where she met her husband, Michael. Michael always wanted to live in a warm climate, so with three girls, Michele age 7, Marjory age 9, and Adela age 11, he and his adventurous wife moved to San Diego in 1958. They had no friends or family there, just the desire for a different life. They bought a home in Chula Vista. In 1965 they moved to Jamul, then to El Cajon, then finally to the Colorado River.

After Michael passed away, Marjory moved to Prescott to be close to her daughter, Michele. Marjory was a tireless worker. She helped support her family, and through her example, her daughters became independent and confident women.

Marjory was a devoted Christian, always serving others: running a soup kitchen, knitting for the children of Project Linus, sewing quilts with the other members of “Busy Fingers,” playing Bridge, spending as much time as she could with her Sorority Sisters. She was a kind and loving mother, grandmother, great-grandmother and will be missed by her family and her many friends.