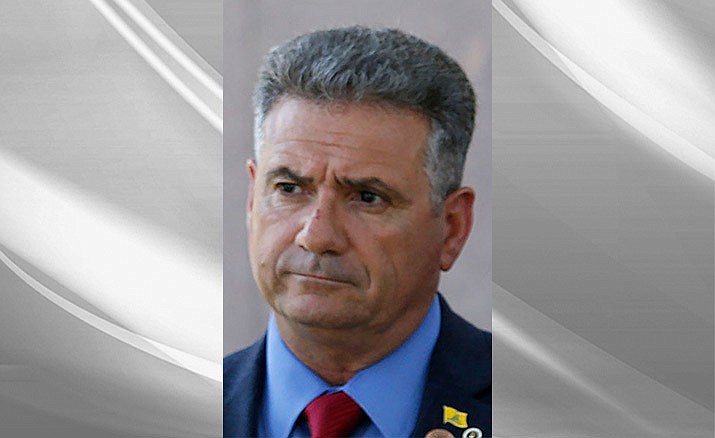 PHOENIX — State lawmakers are moving to make it easier for Arizonans to wager on the outcome of sporting events.

On a 6-3 margin, the Senate Appropriations Committee approved a measure Tuesday that would permit most tribes to take bets on professional and amateur sporting events at the casinos they operate.

But the real heart of Senate Bill 1163 would allow each tribe to operate multiple off-site betting facilities at bars through the use of remote devices or kiosks, with the state getting a share of the amount of money wagered there. And the legislation, as worded, potentially could create about 100 of these sites throughout the state — though none in the Phoenix metro area.

Tuesday’s vote came over the objections of virtually every one of the tribes that potentially could benefit.

Tribal officials told lawmakers the issues are far more complex than as laid out in the proposal by Sen. Sonny Borrelli, R-Lake Havasu City. More to the point, they said the questions should be addressed as part of the ongoing negotiations they already are having with Gov. Doug Ducey over changes to the existing tribal compacts.

Only the Navajo Nation is promoting the legislation.

Dwight Witherspoon, a former council delegate who now a tribal staffer, told lawmakers that nearly half of reservation residents are unemployed and more than a third live without electricity and running water.

“Our primary goal is to develop and diversify our Navajo economy,’’ he said.

“We are an adaptable people, a resourceful people,’’ Witherspoon said. “And we would like to be self-reliant again.’’

Tribal lobbyist Steven Hart told lawmakers some of the push is because of the anticipated closure of the Navajo Generating Station. That, he said, would result in the loss of $70 million of tribal revenues, about 40 percent of the tribe’s total budget.

Witherspoon said the tribe figures than off-site sports betting could help attract many residents of the Flagstaff area who now go to Las Vegas to gamble.

The legislation follows a ruling last year by the U.S. Supreme Court voiding the 1992 Professional and Amateur Sports Protection Act. That federal law made it illegal for states to legalize sports wagering.

In that ruling, the justices said it would be OK for Congress to ban such wagering. What Congress cannot do, the court said, is tell states what they can and cannot do.

Ducey told Capitol Media Services earlier this year he is interested in renegotiating the compacts the state signed with tribes after voters decided nearly two decades ago to give them the exclusive right to operate casinos in the state.

“The world has changed dramatically since the year 2000,’’ he said, saying there’s an opportunity for both the state and the tribes to benefit financially from changes.

Borrelli’s bill would allow tribes to set up remote wagering sites at three kinds of places: full bars, bars licensed to serve beer and wine only, and fraternal organizations like the VFW that have liquor licenses. That, he told colleagues, is designed to pretty much make wagering unavailable to anyone younger than 21.

But the inclusion of fraternal organizations also put the Soul Sanctuary in the Desert on record in favor of the bill. The nonprofit works with veterans who suffer from PTSD and women and children who are at risk of substance abuse and domestic violence.

“We believe that this bill is good for veterans, good for the state of Arizona,’’ lobbyist Brett Mecum told lawmakers.

But that also goes to what Borrelli said is a question of convenience.

“I’m not going to drive 40 miles down the road to bet $10 on the Cardinals or the Diamondbacks,’’ he said. “But if I’m in my American Legion or VFW in Lake Havasu, I can place a bet.’’

The opposition from the other tribal officials appears to go less to the question of whether they like the idea of sports betting — whether just in a casino or at off-site locations — but their complaint that they were left out of crafting this plan.

“We were not consulted,’’ said Tohono O’odham Chairman Edward Manuel. Steve Titla, speaking for the San Carlos Apache tribe, said any radical change like this should be part of the negotiations among all the tribes and state officials for a new gaming compact, not imposed like this by the Legislature.

Borrelli countered that even if this bill were to pass, tribes retain the right to opt in -- or not.

But there also are specific objections to what SB 1163 would do, even with the tribes being the ultimate operators of the off-site locations.

“We do not support expanded gaming in bars and restaurants, which could result in mini casinos across the state,’’ said Larry Jackson, vice chair of the Yavapai-Apache Nation, saying that could ultimately harm the on-reservation casinos.

Tuesday’s vote sends the measure to the full Senate.

Borrelli said the carve-out against sports betting in and around Phoenix is based on a promise made to voters in 2000 that there would not be expanded gaming in the area. He said the provision honors that promise.

That promise, however, did nothing to prevent the Tohono O’odham from opening a new casino in Glendale after a federal judge ruled that the tribe had that right based on a 1986 federal law which said such an expansion was authorized by Congress in 1986 in compensation for tribal lands lost near Gila Bend due to flooding.

Manuel did not address that part of the legislation on Tuesday when opposing the Borrelli bill.

Sen. Sean Bowie, D-Phoenix, said he could not help but notice that only a single tribe spoke in favor of the measure. “So that raises as red flag for me.’’

Tuesday’s vote sends the measure to the full Senate.