Grijalva to push for permanent ban on new mining claims 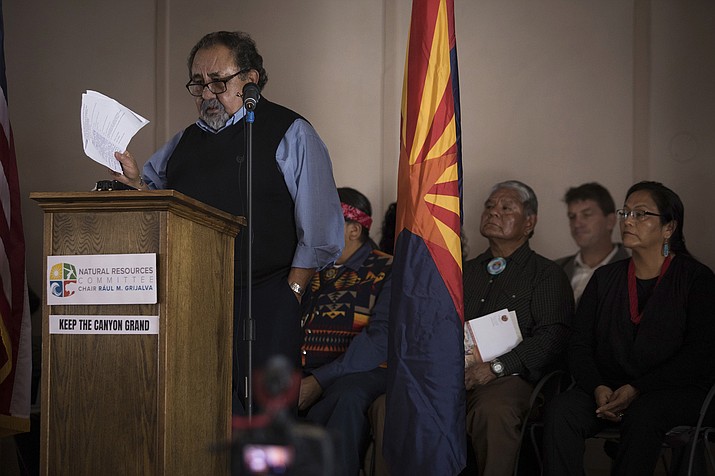 The Arizona Democrat who chairs the House Natural Resources Committee said Saturday at the Grand Canyon that he'll introduce the legislation in the coming week and is hopeful about its chances for passage by the Democratic-led House.

Grijalva said proponents then would deal with the Republican-led Senate and for now are giving that chamber "the benefit of the doubt."

The Obama administration put about 1,562 square miles (4,045 square kilometers) outside the boundaries of the national park off-limits to new hard rock mining claims until 2032.