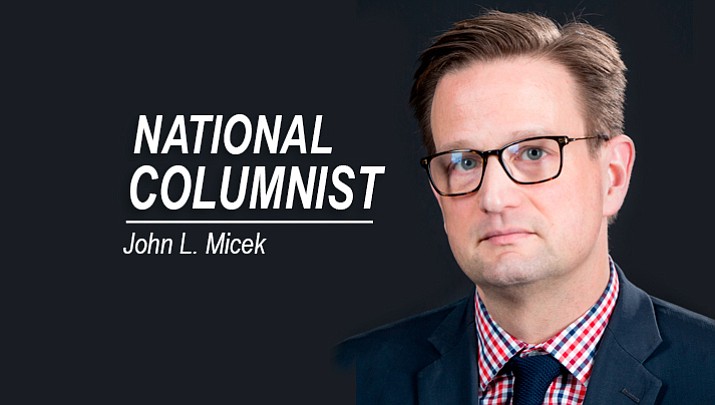 Here’s another reminder that, it’s more important to watch what the White House does, rather than what it says.

That’s pretty much the exact opposite of what the agency was created to do. But, hey, this is Donald Trump’s Washington.

Payday loans, sometimes known as paycheck advances, are short-term loans that you have to repay by the time you get your next paycheck. As the online news site Mic.com reports, lenders charge prospective borrowers — who usually can’t get a loan anywhere else — a fee plus punitive interest.

Though they offer the lure of quick cash, the loans are really a debt trap.

According to research by The Center for Responsible Lending, the APR offered by some payday lenders can range from a crushing 533 percent to 792 percent.

Those are rates only a loan shark could love.

As The Washington Post reports, under the Obama-era rule, which was to take effect in August, lenders were supposed to make sure that borrowers could afford the loans they’re being offered. But as the Post notes, the latest proposals would lift that requirement and delay the rule’s implementation until 2020.

The industry had been lobbying officials to get the rule reversed. And when those efforts failed, they got to work on winning over new CFPB boss Kathy Kraninger, a Trump appointee who took office in December.

If the Post’s reporting is any indication, the effort appears to have worked. “The bureau will evaluate the comments, weigh the evidence, and then make its decision,” Kraninger said in a statement released to the Post.

If this effort pays off, it will be a huge win for payday lenders, who have ridiculously claimed they’d face financial ruin if they’re required to actually make sure people can afford the loans they’re taking out.

Among the real losers here, ironically, are those MAGA-hat wearing Trump loyalists who can least afford to afford the mafia-level interest rates.

Last year, the industry tried to convince Pennsylvania’s Republican-controlled House of Representatives to approve a bill that would have opened a massive loophole in the state’s very strong safeguards against predatory lending.

Among those who would have been hit were the veterans that Trump professes to love so much and vows to protect during his hockey stadium rallies. Active-duty soldiers are already protected from such practices under a federal law that caps interest rates at 36 percent annually.

The loan-broker bill never cleared a critical House committee. And it died at the end of last year’s legislative session. But there’s every reason to expect the issue will be re-litigated.

And as the recent push at the federal level shows, the industry is tireless when it comes to trying to advance its interests. That’s bad news for consumers, one advocate says.

“The CFPB is proposing to unwind the core part of its payday loan rule — that the lender must reasonably assess a borrower’s ability to repay before making a loan,” the bureau’s former director, Richard Cordray, posted on Twitter this week. “It’s a bad move that will hurt the hardest hit consumers. It should be — and will be — subject to a stiff legal challenge.”

Some in the industry, however, believe the proposed rule change doesn’t go far enough, The Post reported. A top executive with one of the industry’s largest trade groups, The Community Financial Services Association of America, said the rule should be repealed entirely. It’s eternally easy to get lost in Trump’s bluster — to be outraged by his latest bullying Tweet or bald-faced televised falsehoods.

It’s in the nuts-and-bolts of policymaking, in the White House’s ongoing efforts to undermine government institutions that the 45th president is doing the most damage. And, as ever, it’s those who are cheering the loudest for him that will end up suffering the most.