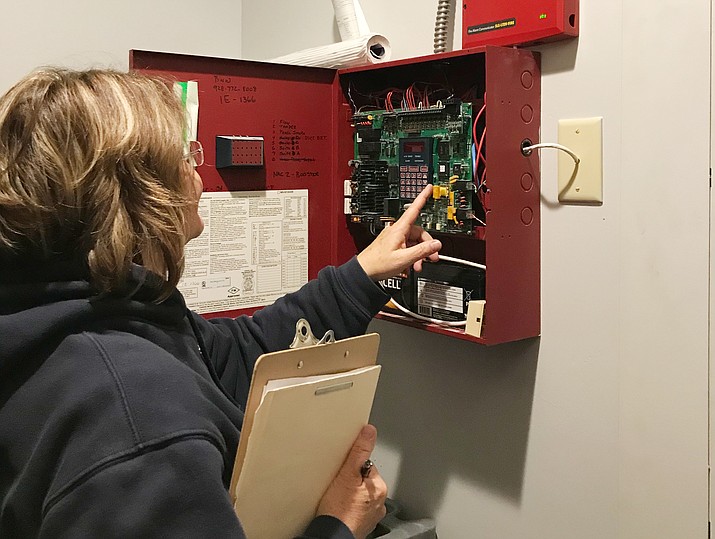 Central Arizona Fire and Medical Authority (CAFMA) will be increasing its fire inspection fees as of March 1 to match the cost of providing the service.

CAFMA Fire Inspector Brett Mills initially presented the proposed fee changes to the fire agency’s board of directors during their monthly meeting Monday evening, Jan. 28. He said each new fee has been carefully determined using a 100 percent cost recovery methodology, whereas the previous rates were rough estimates dating back more than a decade.

The new fees are much more detailed and broken down into various categories, such as construction permits or operational permits, and commercial or residential. They are then calculated based on how much personnel time is required to fulfill each service, whether that be an inspection of a commercial fire alarm system or a residential sprinkler system. 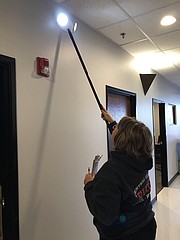 Homes require residential sprinkler systems if they are either more than 5,000 square feet or are in a sprinkled subdivision, “which we have some of those,” Chase said.

HOW THE FEES COMPARE

During their fee schedule review, Mills and his colleagues compared their new fees to Prescott Fire Department’s — which were last updated in 2016 — and found them to be relatively comparable if annual growth is taken into account.

When Prescott Fire updated its fees in 2016, officials calculated exactly what it costs the department to conduct inspections, but were directed by Prescott’s City Council not to seek full cost recovery for the service.

“We started with the direction from the council to be at 100 percent cost recovery, but the council backed off that decision,” said Don Devendorf, Prescott Fire Department’s fire marshal.

Instead, the fees were set at about 75 percent cost recovery and an escalator was put in place so that it remains at that percentage moving forward.

The department will likely revisit its fire inspection fees next year; they usually evaluate it about every three years, Devendorf said.

“There’s no guarantee that just by looking at our fees, that we’ll be doing anything with them, but we will evaluate based on the area, cost of living, and things like that,” he said.

After presenting the proposed fee hikes to CAFMA’s board and getting unanimous approval to move forward with the changes, Mills and his colleagues presented the fees to members of the Yavapai County Contractors Association (YCCA). This was done to help local contractors understand why the rate adjustment is taking place and help answer any of their questions.

Sandy Griffis, executive director of YCCA, said she is in full support of the changes.

“Our organization feels that yes, it’s time,” Griffis said. “[CAFMA staff] did an exceptional job in looking at cost recovery, and more and more jurisdictions should really be going to this because it removes the fees coming out of the general funds that taxpayers are having to absorb.”

As with any work-related costs faced by a contractor, these fee increases will be passed onto the consumer, Griffis said.

“[The cost] is reflected in the contractor’s bid estimate or cost for services, which his client pays,” Griffis said.

She pointed to how Yavapai County recently moved to this model for construction in unincorporated areas and that YCCA championed the effort.

“These fee increases will in no way deter economic development from happening in our area,” Griffis said.

To add an additional layer of accountability for contractors, CAFMA’s new fee schedule also includes a fine for unpermitted work that is three times the normal inspection fee.

Griffis supports this addition to CAFMA’s fee schedule as well.

“I think it’s only going to make better of some of these contractors that are having trouble following the process,” Griffis said.