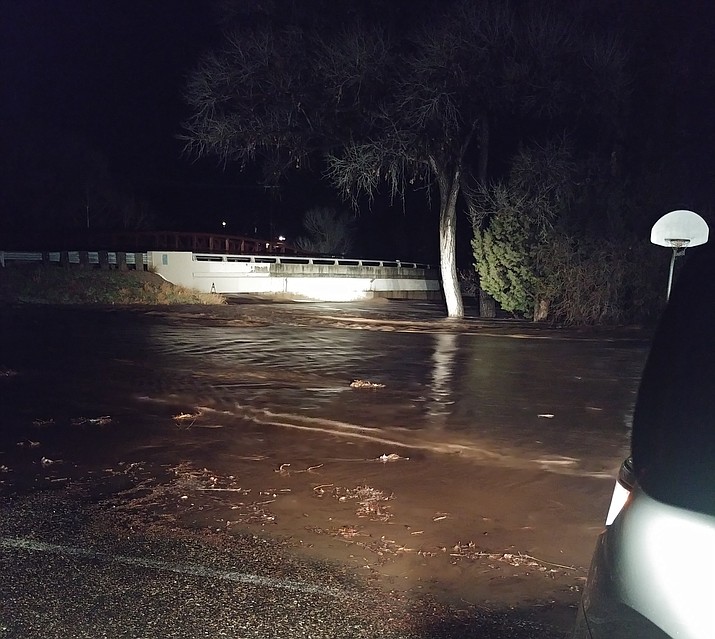 Many homes in the area of Rimrock along Beaver Creek experienced heavy flooding Thursday night, Feb. 14, and deputies from the Yavapai County Sheriff's Office carried some residents to safety, according to YCSO spokesperson Dwight D'Evelyn.

"Many of the homes along the creek's edge as well as other low-lying areas quickly filled with several feet of water," patrol supervisors in the field told D'Evelyn Friday morning.

Deputies initially responded to the area at about 9:30 p.m. and immediately began evacuations. The fire department crews were called and they assisted with evacuations including a response from the Swift Water Rescue Team.

"Several deputies walked in (waist) deep flowing water, and carried elderly, children, and dogs to safety," the reports state. "Four people and two dogs were rescued out of a van that ended up disabled in several feet of water."

Flood watches and advisories remained in effect Friday morning across a broad swath of Arizona due to runoff from heavy rain in some areas.

The watches issued by the National Weather Service for parts of central and southeastern Arizona were to expire late in the morning or in the afternoon.

The Weather Service said Munds Park south of Flagstaff had 3.35 inches of rain and Happy Jack and Oak Creek Canyon had over 2 inches.

Yavapai County Emergency Management coordinated with the Red Cross to set up a shelter at Beaver Creek Baptist Church. That location was also used later for evacuations in Camp Verde, D'Evelyn said.

At approximately 2 a.m., the creek began to recede and by 4 the evacuation order was canceled; however, the YCSO urges "heavy caution" to homeowners of barricaded flooded roads, large floating debris, and no utilities.

Deputies remain in the area to assist residents as needed and report concerns to Public Works and other county agencies regarding damage/debris assessment and road conditions, D'Evelyn said, adding that no one should attempt to drive across flooded roads – "TURN AROUND, DON’T DROWN."

Flooding in the Verde by Courier Video