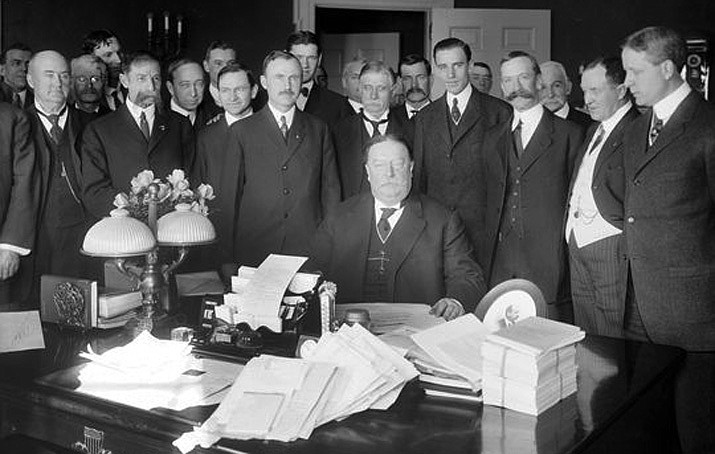 Arizona became a state on February 14, 1912, the last state in the continental U.S. to achieve statehood.

According to The Arizona Experience website, “On February 14, 1912, the man who would become Arizona’s first Governor, George P. Hunt, walked from his hotel in Washington, D.C., to the Capitol building to watch President Taft sign Arizona into statehood.” 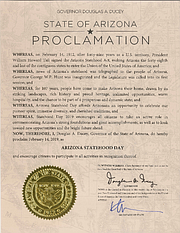 “For 107 years, people have chosen to make Arizona their home, attracted by its boundless opportunity, magnificent landscapes, rich heritage, endless days of sunshine and more. Today, we’re celebrating everything that makes Arizona a fantastic place to live. From our pioneering spirit to our warm hospitality, from every corner of our state, every snow-capped peak and cactus-strewn valley, there is simply no better state in the country. I am incredibly grateful to call Arizona home and excited to see what the future of Arizona holds.”

View a PDF of the proclamation at this link.

Arizona was originally part of the territory of Alta California in New Spain, it became part of independent Mexico in 1821. After being defeated in the Mexican–American War, Mexico ceded much of the territory to the United States in 1848. The 29,670-square-mile southernmost portion of the state was acquired in 1853 through the Gadsden Purchase.