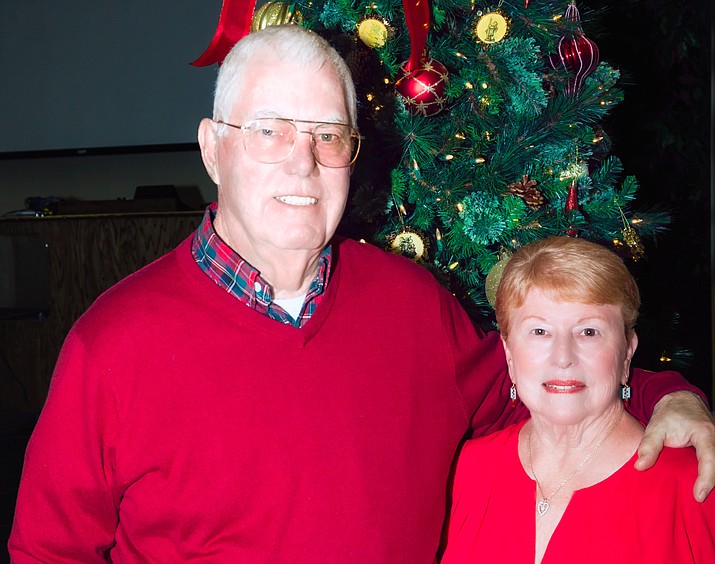 Richard and Laraine Campbell of Prescott Valley celebrated their 60th wedding anniversary on Dec. 29. The celebrants are natives of Portland, Maine, where they lived until relocating to New Jersey in 1960.

Richard graduated valedictorian from the University of Maine in 1960 with a degree in Electrical Engineering. He worked at Bell Laboratories in New Jersey from 1960 until 1966, during which time he earned a Masters Degree from New York University. After starting his own computing company in 1966, Richard rejoined Bell Telephone in the late ’70s before retiring in 2000.

Laraine is an avid gardener and a gifted crafter who currently owns and operates an internet craft business, Crafti Lori, with a web store designed and developed by her husband. Both Richard and Laraine are “Life Masters” in bridge, a game they have played for over 50 years. They also enjoy golf, Netflix and their dog Bandit. They moved to Prescott Valley in 2006.

The couple had one son, Michael, who — along with his wife Peggy — relocated to Prescott Valley from Estes Park, Colorado, in 2014. Both Michael and Peggy had long careers in New York City in Financial Services.