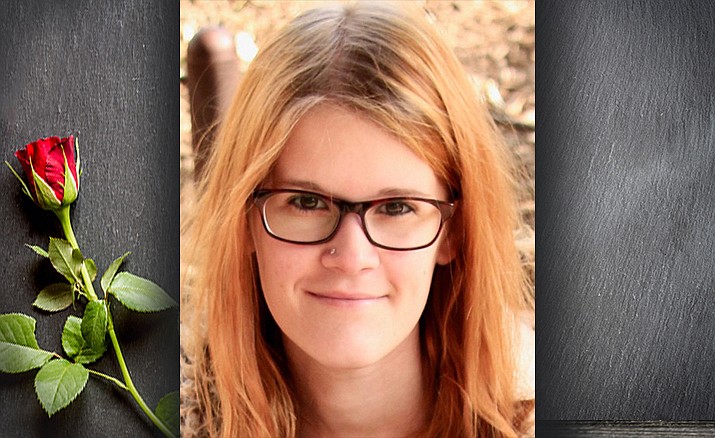 Jessie lived and loved “Out Loud” throughout her life, not allowing her struggles with CF to stop her from living her short, and frequently pain filled life. She had a kind, compassionate, gentle spirit that was reflected in her relationships with her friends, family, and her animals. Jessie loved all animals and had a passion for ocean preservation, dreaming of becoming a Marine Biologist from the age of 5.

Jessie also had a love for Big Cat and animal rescue. She volunteered at Out Of Africa in Cottonwood for as long as she was able, in spite of her disabilities, and always talked of returning there to see the Big Cats that she adored. She lived in San Diego for a year after high school; however, her deteriorating health necessitated her return to Prescott to be near her parents and sister, eventually moving back in with her family. Jessie developed a crazy Llove of Llamas that began to fill her room with llama-related pictures, stuffed animals, jewelry, figurines, clothing, and Llifestyle!

Jessie found ways to live her life despite her limitations, a quality admired by all who knew her, as she was determined to be defined by how she lived rather than by her illness. She was very artistic, expressing herself through drawing, writing (self publishing a book, “Dead in the City”), painting, music, etc. She was at work on a second novel at the time of her death.

Jessie cherished the many friends she had throughout her life and her family was the most important of all her connections.

Her “family” was quite large because, if she loved you, you were family. Her illness was very isolating, keeping her confined to her home for much of the last 3 years of her life, so she relied on social media to remain connected to friends. She had her own blog, “Sweet and Salty” and would often post videos on her health status, medical treatments and most importantly, her emotional struggles with her mortality at such a young age. Jessie never wanted others to feel sorry for her, but she had a need to have others understand her life! Her passion for life was remarkable-expressing her joy with abandon.

Her wicked sense of humor would fill our house with laughter and goofiness that carried her and her family through the trauma and suffering wrought by her CF. She would never fail to make a joke, even when IN the midst of her pain. Her witty observations and dark humor will be greatly missed! Jessie is survived by her parents, Dean and Shelley Taylor, her best friend and sister, Alexis Taylor, her “kids,” Simba, Lily and Artemis, as well as grandparents, uncles, aunts, and cousins spread from California to North Dakota, Ohio and North Carolina. In lieu of flowers, donations can be made to outofafricapark.com, heritageparkzoo.org or orceanconservancy.org, in her memory, to honor her passion for the ocean and animals.

A Celebration of Life will be held after the holidays. Details to be announced and may be found on www.ruffnerwakelin.com, as well as additional pictures. Family members are requesting that family/friends share memories of Jessie on the website, as a “gift” to them. Funeral arrangements entrusted to Ruffner Wakelin Funeral Homes. Please log on to www.ruffnerwakelin.com to sign Jessie’s guestbook and share a memory with the family.

Skyview aide to walk for Jessie
Take Great Strides toward curing cystic fibrosis
Mom raising money to help daughter with cystic fibrosis
To Your Good Health: Epilepsy can result from measles complication
<I>Struggling for air</I><BR>CF is a part of life ... every day, every breath