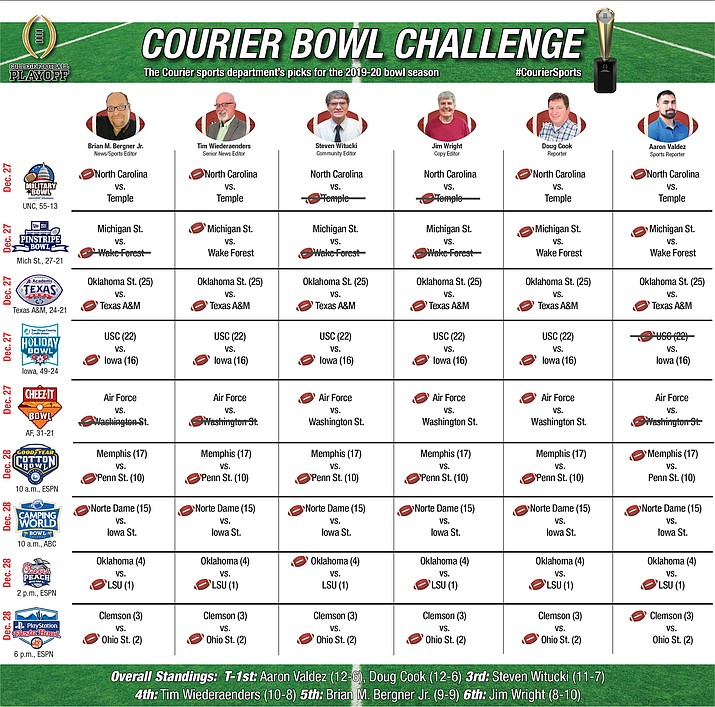 PRESCOTT VALLEY — The 2019-2020 college football bowl season is just past the midway point, and the 2019 Courier Bowl Challenge is heating up.

Newcomer Aaron Valdez continues to impress, but came back down to earth after going 4-3 the past couple of days for a 12-6 record.

Valdez’s record has him tied for first with defending champ Doug Cook, who went a perfect 5-0 on Dec. 28. Meanwhile, Steve Witucki is third overall with an 11-7 record.

Bergner was just 85-79 in the first four years of the Courier Bowl Challenge, his best year coming a season ago at 23-17 and taking second behind Cook.