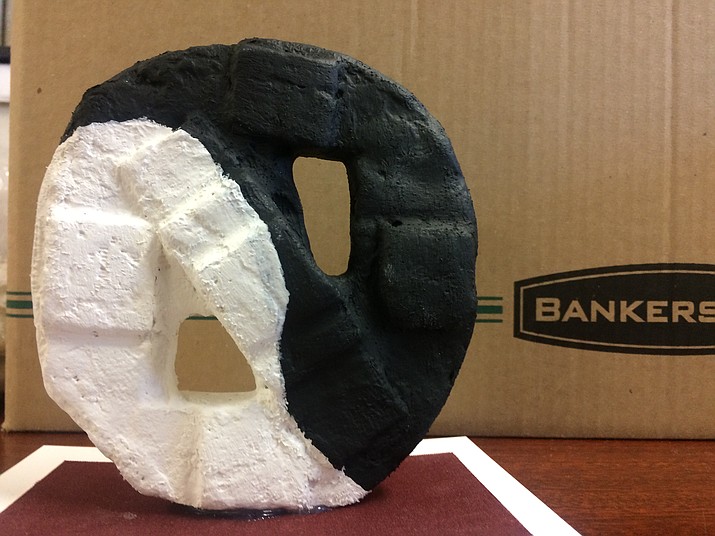 A sculpture by Aurora Eden that will be on display as part of the ’Tis Art Center and Gallery’s STEPS Art Education Program Children’s Art Exhibit from Thursday to Saturday, Jan. 2-11; (Jason Wheeler/Courier) 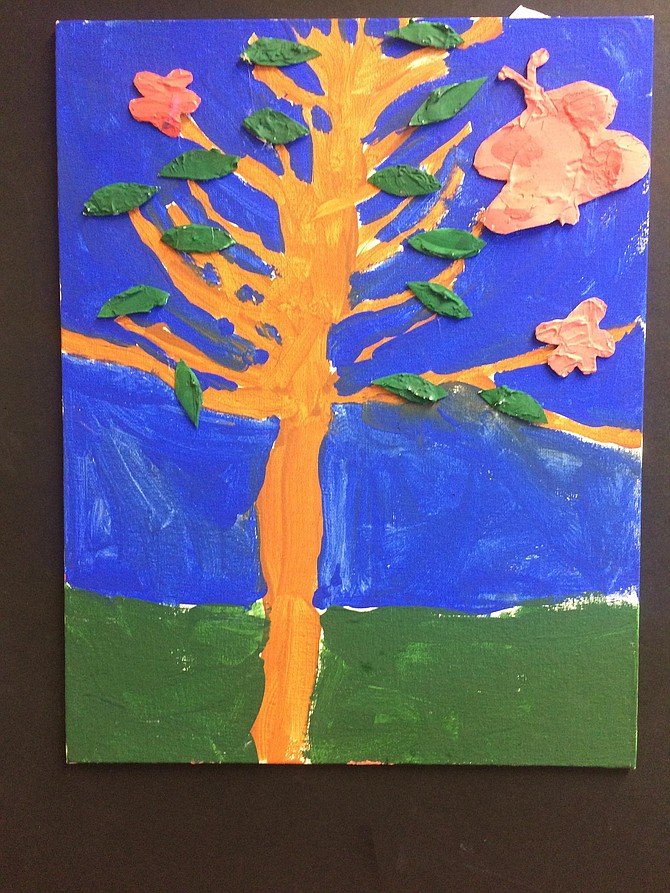 A painting by Alaina Heatherwick that will be on display as part of the ’Tis Art Center and Gallery’s STEPS Art Education Program Children’s Art Exhibit from Thursday to Saturday, Jan. 2-11. (Jason Wheeler/Courier)

'Tis Art Center and Gallery is set to feature artwork by kids who have taken part in its STEPS Art Education program beginning Thursday, Jan. 2.

“It’s the one time of year that we can actually show the work in a professional gallery setting,” said ’Tis Art Center & Gallery Marketing and Art Education Director, Patti Ortiz. “It’s one thing to do a pop up gallery in (the annex) but when it’s over at the main building, it’s a rather prestigious experience.”

The program has been going since 2011 and the Children’s Art Exhibit, which runs until Saturday, Jan. 11, in the mezzanine gallery will have works of various media by young artists ages 5 to 14 in the fall 2019 class series. They’ve been taught by Melody McConaughy, Ian Chandler, Jan Fischer, Paul Walter, Cindy Gresser and Manuel Lucero IV.

Art is an integral part of life and the educational process, Ortiz said. The program incorporates elements of STEAM, which stands for Science, Technology, Engineering, Art and Mathematics, and not only does art fall into it naturally but it encompasses all those elements, she said. The works in the show are the visions of the young artists, Ortiz said.

“They see the world in a different way,” she said. “I always learn something from them in unexpected ways.”

This year’s show is going to be a little different because, unlike in the past, none of the work in the Children’s Art Exhibit is going to be for sale, Ortiz said. That was done previously, and it was discovered, that it kind of added a competitive aspect, and art shouldn’t be competitive, she said. Rather, there will be a place for donations and if somebody does want to make a deal with the artists, they can be connected with the parents and the artist themselves, Ortiz said.

There will be a reception from noon to 2 p.m. on the final day of the show.

Looking ahead to the next Children’s Art Exhibit in 2021, that one will be a little different as well, Ortiz said. Instead of taking work from the fall class series, it will an instructor’s choice show and feature selections of work created from all of 2020, she said. That makes it even more prestigious, as it will be the works of children who really took the projects on, did a great job on them and worked hard to overcome obstacles, Ortiz said.

For more information about the STEPS Art Education Program Children’s Art Exhibit, visit www.tisartgallery.com or call the gallery at 928-775-0223.