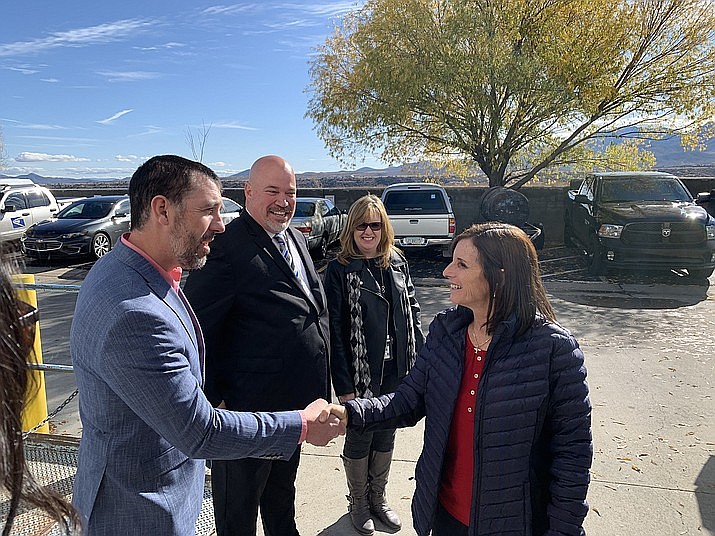 The U.S. Postal Service (USPS) confirmed in a letter to Sen. Kyrsten Sinema Dec. 18 that Arizona District postal officials are studying the effectiveness of current services at the Prescott Valley Post Office to decide its future.

Mayor Kell Palguta announced the news about the main post office at 8307 E. Highway 69 Suite 1 on his Facebook page, adding that both Sen. Sinema’s and Sen. Martha McSally’s offices had provided him with the update.

“I understand your interest in ensuring that your constituents have convenient access to essential postal services. … and we will inform your office of the results once the study is completed,” Simpson wrote to Sinema and McSally.

Simpson later added, “Please be assured that the Postal Service is committed to meeting the needs of our Prescott Valley customers.”

During the week of Dec. 8, McSally, Rep. Tom O’Halleran and Rep. Paul Gosar sent a letter to USPS stating the need for analyzing the post office’s services.

“As you may know, the Town of Prescott Valley’s population has grown significantly from 6,000 [people] in 1985 to almost 50,000 today,” the letter stated. “Since that time, the town has petitioned USPS to address issues associated with the local post office’s current operations.”

The letter added, “With this in mind, we request that USPS move forward with an analysis to ascertain the need for a new post office location. In this analysis, we would ask that you consider the Town’s population increase, the facility needs to meet the volume, as well as the location of these operations.”

The study should determine whether the feds need to relocate their main post office in Prescott Valley, which it leases, to a yet-to-be-determined site. Lawmakers are also asking Brennan to “consult with the local civic and business leaders [in Prescott Valley] as you move forward with this analysis and any findings.”

“I cannot promise if that [study’s] outcome will be favorable to the town, but at least we are moving in the right direction,” Palguta added on Facebook Dec. 18.

Palguta and the Town Council are concerned that as Prescott Valley’s population continues to grow, more traffic and business will overwhelm the main post office.

The mayor also dislikes the increasingly longer wait times and limited parking at the main branch, as well as the inconvenient locations of the main branch and the annex.