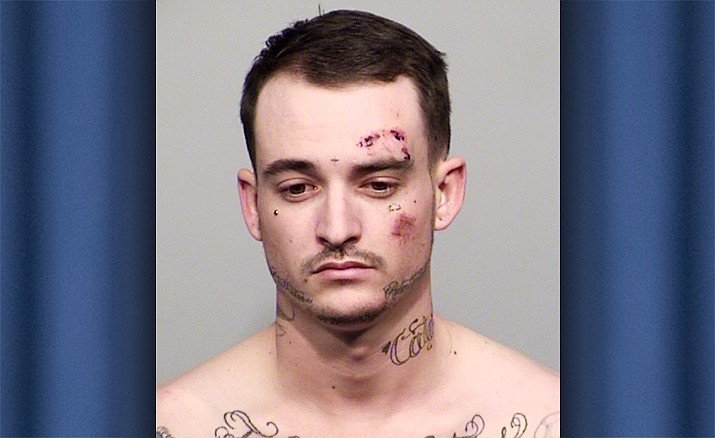 Horne, 23, was accused of kidnapping two children as he unlawfully took a vehicle in the 4300 block of East Shade Road in Rimrock on Friday, Dec. 13.

Those children were safely returned to their mother after Horne reportedly caused several crashes with the vehicle he had allegedly stolen before abandoning the vehicle with the children in it, the Courier reported.

He also had multiple warrants for alleged previous offenses in Arizona and Colorado.

Acting off anonymous information, detectives with Partners Against Narcotics Trafficking (PANT) found Horne at about 4:45 p.m. Thursday, Dec. 19, according to a Yavapai County Sheriff’s Office (YCSO) news release. He was sitting in the passenger seat of a vehicle parked in the Sunset Point Rest Area off Interstate 17. He was taken into custody without incident.

He is now also facing charges of unlawful use of a means of transportation, two counts of kidnapping, criminal damage, theft, two counts of endangerment, and leaving the scene of an accident.