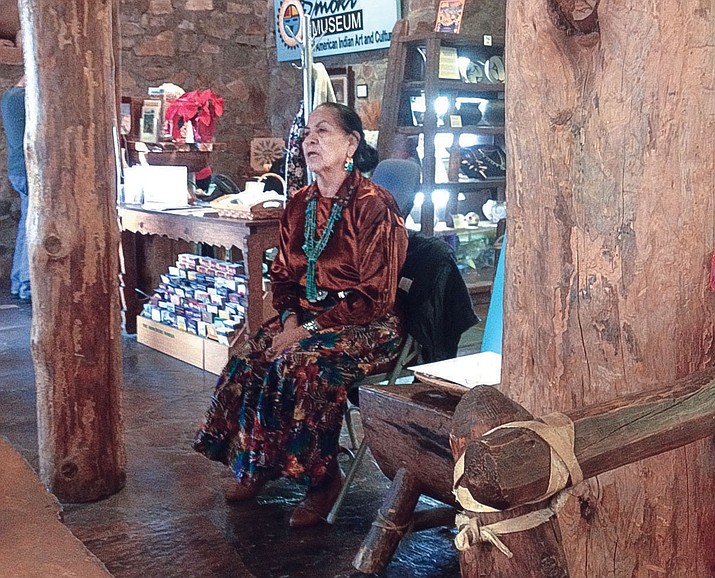 The Smoki Museum is the place to go for some Native American stories with its Storytellers at the Smoki event Friday, Dec. 27.

“In the wintertime, traditionally for native people, it’s a time that you tell stories,” said Smoki Museum Assistant Director Manuel Lucero IV. “Some of these stories as traditional stories are only told at wintertime, and there are some that are only told when snow is on the ground. This time of year is the time for telling stories.”

Held in the Pueblo Building from 11 a.m. to 3 p.m., it’s an event that has been going on for some time at the museum, Lucero said. Along with the storytellers from Oklahoma, New Mexico and California coming to share their traditional stories, there will be homemade cookies, hot apple cider and a roaring fire, he said.

Storytelling is a part of every culture, even in the modern day United States, Lucero said. Our modern equivalent, he said, is sitting around the television enjoying a good story, he said. Some of the traditional stories to be told at the event are comical in nature, and most of them deliver some sort of moral or behavioral anecdote on what not to do or what to do, Lucero said.

“The coyote is a good example of what not to do,” he said. “That guy’s always doing something that gets him into trouble.”

Coyote in Native American stories has a modern equivalent in Wile E. Coyote, Lucero said. He is always trying extravagant methods to catch the roadrunner, never trying traditional methods, he said. Native stories are similar in that he’s always screwing up or getting hurt in some shape or form, Lucero said.

There are other trickster figures from different regions as well, he said. There’s also the rabbit, who is from the southeast, Lucero said.

“He is known to dress in costumes to make himself appear differently and so on,” he said. “You know him today as Bugs Bunny.”

As the emcee of the event, Lucero said he’ll throw in some of his own stories he heard when growing up, but what he really enjoys about Storytellers at the Smoki is hearing the other stories. Even as a grown man in his 40s, he still finds himself captured by the fantastic tales, laughing along with them and learning, he said.

The Smoki Museum is located at 147 N. Arizona Ave. Admission to the museum is $7 for adults, $6 for seniors, $5 for students and free for Native Americans, museum members and children 12 and younger.