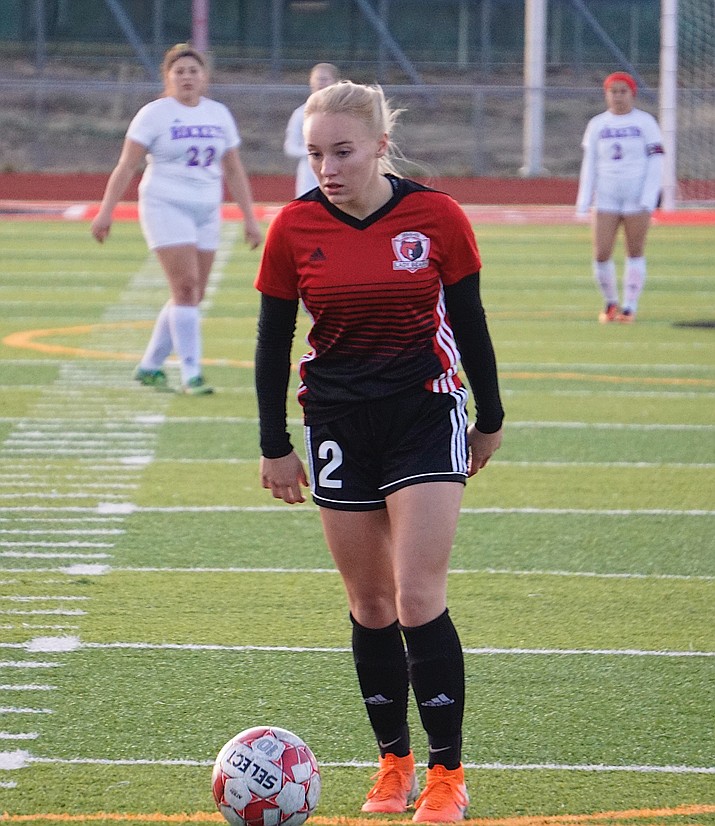 Something had to give in this match-up as Cactus had opened the season 4-0 while the Bears were on a three-game winning streak. Bradshaw Mountain dominated the opening 20 minutes but the Cobras woke up in the second half.

With both sides struggling to find the back of the net, it seemed they were both due for a scoreless draw. However, the Bears found some daylight with 30 seconds left when they stole back possession near midfield after they were called for an offside.

Emily Alvarez then laid the ball down the line to a streaking Bria Coleman, who dribbled inside and fired a shot on target. The Cactus keeper managed to block Coleman’s shot, but the rebound fell right into the lap of Sotelo, who calmly tapped in the game-winner right before the buzzer sounded.

The Bears (4-1) will head to Glendale for the Independence Soccer Invite. Their first game of the tournament will be against Paradise Valley (1-2) on Dec. 27 at 3 p.m.