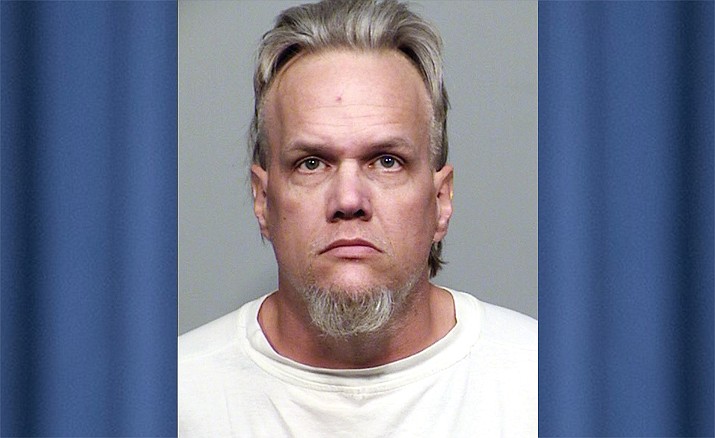 William Mason Quillin, 46, was arrested on Saturday, Dec. 14, after allegedly running from police and crashing into both a vehicle and several inanimate objects. (YCSO/Courtesy)

A driving under the influence (DUI) traffic stop ended up escalating to a police pursuit and endangerment of multiple drivers and pedestrians Saturday night, Dec. 14, according to the Prescott Police Department (PPD).

The department received a report of a possible DUI driver in a Jeep Cherokee traveling into Prescott on White Spar Road at about 7:15 p.m., the release states.

Responding officers found a vehicle matching the description in the 500 block of South Montezuma Street and initiated a traffic stop.

The driver didn’t immediately pull over, but eventually came to a stop at the intersection of Montezuma and Goodwin streets, police said.

Officers approached the vehicle and found the driver to be the only person in the car. They later identified him as 46-year-old William Quillin of Chino Valley.

They tried speaking with Quillin, but he locked the car doors and refused to roll down his window, the release states.

Officers noted in their incident report that Quillin then began searching for something in his car, which is when they observed what they believed to be a glass pipe used for smoking marijuana on the front passenger seat. The pipe appeared to have been smoked from, according to the report.

Refusing to listen to commands to exit the vehicle, Quillin reportedly fled the scene by driving over a curb into an empty dirt lot and then across a sidewalk onto Goodwin Street, where he continued driving at a high speed.

“The vehicle almost struck several pedestrians in the area, collided head on with a vehicle at Cortez and Gurley Street, which was occupied by a female driver and her 7-year-old daughter, and then fled the scene again,” PPD spokesperson Jon Brambila said in the release.

Due to heavy traffic in the area, officers decided not to pursue the vehicle, Brambila said. Reports soon came in that the Jeep had gotten onto Highway 89 heading north toward Chino Valley.

“Numerous calls to our dispatch center indicated that the suspect vehicle almost collided with several more vehicles before crashing into the round-about at Highway 89 and Willow Lake Road,” Brambila said.

Quillin then reportedly continued driving and crashed his vehicle again at the round-about at Highway 89 and Phippen Trail. The Jeep caused extensive damage to the guard rail and then rolled over off of the roadway, Brambila said. 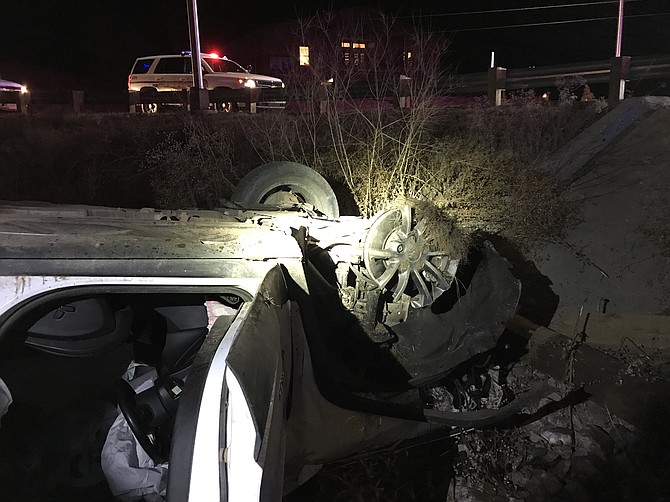 A Jeep Cherokee after colliding with a vehicle and several inanimate objects in Prescott Saturday night, Dec. 14. (PPD/Courtesy)

Quillin was taken into custody with the assistance of the Yavapai County Sheriff’s Office. He sustained minor injuries and was transported to the Yavapai Regional Medical Center in Prescott, where he was treated and later released.

“Officers believe that impairment due to drugs and alcohol played a significant role in this case and charges related to DUI are pending at this time as we await blood test results,” Brambila said.