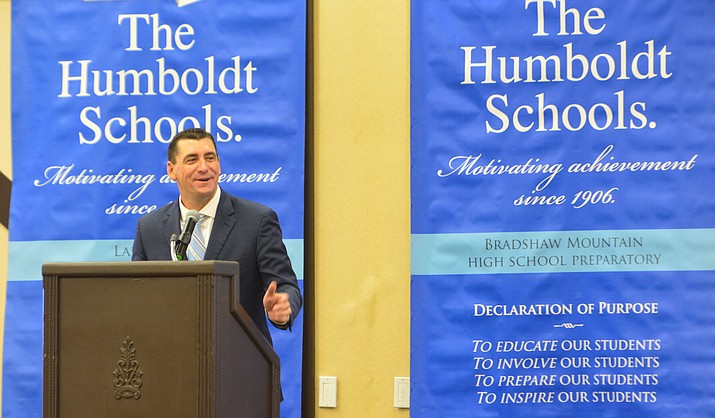 If Humboldt Unified School District was to simply fix and renovate its 10 school facilities so that they are “functionally” suitable as a learning environment for children, the price tag would be just under $25 million.

The Governing Board on Dec. 10 was given a full report from a third-party contractor, the ADM Group, that did a thorough inspection and review of all district facilities to determine needs, giving a priority listing of what should be done immediately and what projeccts can be spread over seven years. The report breaks down the cost totals in three categories: campus improvements, $19 million; safety and security, $1.5 million; mechanical and roofing, $4.15 million.

ADM official David Peterson, a former superintendent of schools in Scottsdale, shared an appreciation for school districts’ to maintain and provide adequate learning space for students when state dollars for such improvements is so limited. That then leaves taxpayers to make choices about such investments, he said.

In HUSD’s case, Peterson said, the facility assessment was solely focused on needs rather than any wants. By intention, Superintendent Dan Streeter was clear he did not see the report until it was distributed to board members.

The goal was to have a completely, independent survey board members can utilize along with staff recommendations about what steps, and what projects, need to be tackled next.

The two highest-cost schools were Bradshaw Mountain High School at $8.7 million and the district’s most historic school property, Humboldt Elementary in Dewey, at $3.6 million.

Roofs, resurfaced parking lots, redesigned security-focused front entrances and exterior painting to prevent leads and mold were listed as top priorities at several schools. Restroom upgrades to accommodate students with disabilities were also deemed a necessity at a couple of the elementary schools.

“These are not sexy projects, but (they) are what is needed to maintain the integrity of the schools,” Peterson said.

Peterson did a school-by-school rundown of projects. The new construction proposals include the need for a performing arts auditorium at the high school; a new gymnasium and new kitchen at Humboldt Elementary; a renovated locker room at Glassford Hill Middle School and renovation of one of the old buildings at Liberty Traditional School.

Though Peterson said he would grade HUSD’s building as a still solid “B,” he said the listed improvements and repairs the report enumerates are “fundamentally essential” to remain so.

“If you lose a roof, you lose the building,” Peterson said.

Board members were not shocked by the final tally, but admitted the list adds up to “a lot of money.” They all agreed they will need to have more conversation about how such to accomplish these projects. The Governing Board attempted a $15 million bond a year ago, but did not secure enough votes.

The board review of the latest assessment report was intended to provide the community with solid data and information. No vote or immediate action is required. 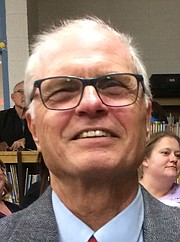 At last month’s meeting, the board was offered a financial overview related to the community tax implications of a possible bond in the next year or two. That report stated a $25 million bond paid back over 20 years would cost a homeowner with a median-price residence — $146,000 — up to $50 a year.

“I hope we can work with the community to do something soon,” said board member Suzie Roth.

In other board business, the members voted unanimously to hire a new Director of Finance/Chief Financial Officer Arthur “Roger” Studley. Studley was one of 15 applicants paired down to a final three. He comes to the district with some 20 years of school finance experience as well as serving as a principal and superintendent. Studley will begin in January working with the district’s longtime Finance Officer Cynthia Windham who intends to retire in March.