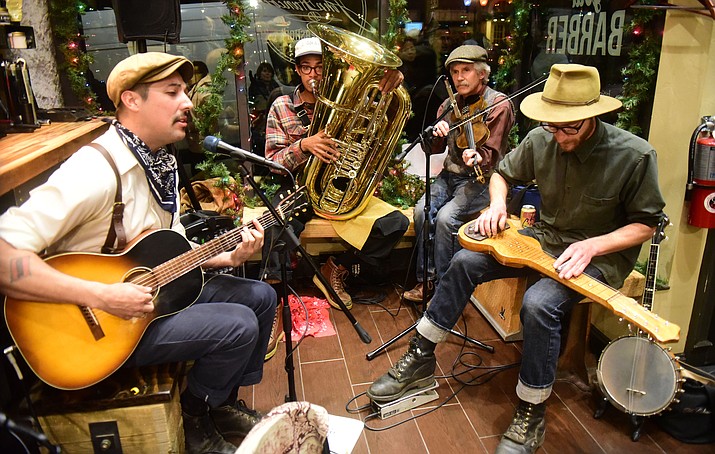 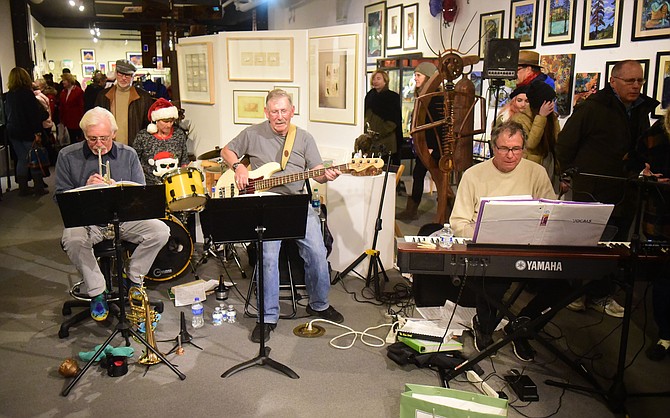 More Christmas cheer is expected in Arizona’s Christmas City as the downtown area unites together to feature hundreds of musicians and performers for the 31st annual Acker Musical Showcase.

“There’s more than 500 performers, that’s including the dance groups,” said J. S. Acker Music Park Association President Scott Currey. “We have … four performance groups that are going to be performing street performances. We have more than 130 businesses participating and a full gamut of music.”

The event begins with the 5 p.m. opening ceremony that involves the Prescott High School Chamber Singers, the community sing “Hallelujah Chorus” and bagpipe music, with all the performers starting at 5:30 p.m., Currey said.

This year, the Friday, Dec. 13, event sees the Northern Arizona Blues Alliance in the Elks Theatre and Performing Arts Center, 117 E. Gurley St.; Road One South in Country Bank, 147 N. Cortez St.; the Yavapai College Brass Quintet in the Prescott Candle Company, 103 N. Cortez St.; The Cross-Eyed Possum in Granite Mountain Brewing, 123 N. Cortez St., Fusion of Movement on the courthouse east steps, Summer’s DanceWorks on Montezuma Street and much more. Sister Cities is getting in on the action for the first time, Currey said. A choir is coming from Caborca, Mexico, he said.

A full list of performers and their locations can be found online at www.ackernight.com.

The radius has extended this year too, he said. It includes the Prescott Wedding Chapel at 105 W. Carleton which features The Music of David Henderson and the music on South Montezuma Street stretching a block above Goodwin Street, Currey said.

“No matter where you park on the outside of town, when you walk in, you don’t have to walk downtown to see the show, you’ll start seeing it on the outskirts,” he said. “We actually do have the gamut from rock and roll to jazz to country to bluegrass and the dancing, we have belly dancers over at the Holiday Courtyard. You won’t be able to see everything, that’s for sure.”

There is parking at Prescott Mile High Middle School, 300 S. Granite St., which has room for 100 cars, Currey said. Limited shuttle service will also be provided from 5 to 9 p.m. going from the event to Augie’s in Fronter Village, 1721 Highway 69, where RC Blair is scheduled to perform. Additional parking is available at Cowgirl Country Antiques, 324 S. Montezuma St., which has music by Treble and Bass. Currey encouraged people to come downtown early and not to forget about Uber, Lyft and taxis.

Every business hosting a performer will have tip bags, and members of the Prescott High School Marching Band will be at different parts of downtown with some, Currey said. All the money from those tips go toward music programs for the Prescott, Humboldt and Chino Valley Unified School Districts and youth scholarships for music lessons, instruments and local youth performing arts programs.

“We raised enough money to give 58 private scholarships for music lessons and we gave each school district $5,000 for their music program,” Currey said of last year’s event.

The hope this year is to raise $30,000, he said. The biggest contributor to that is Fancy That! which sells Acker Night scarves, Currey said. They are $10, go on sale at noon Friday and all of the money goes to the cause, he said.

Fancy That! is located at 124 S. Granite St. and features Mick Shepherd.