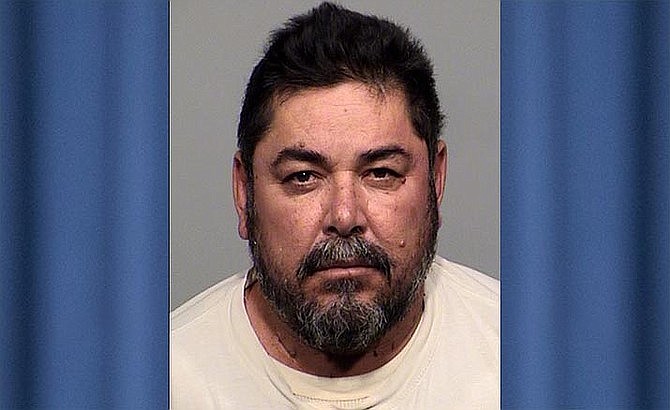 Eduardo Bojorquez-Obeso was arrested after a large amount of narcotics was found in his truck during a traffic stop in Camp Verde Dec. 4, 2019. (YCSO/Courtesy) 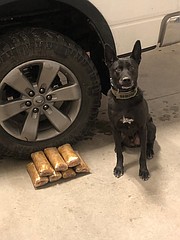 CAMP VERDE – A Nogales man has been arrested for allegedly transporting more than 10 pounds of heroin following a Dec. 4 traffic stop on North Interstate 17 at Middle Verde Road.

A Yavapai County Sheriff’s Office deputy initiated the traffic stop of a white 2011 Ford F 150 for equipment and moving violations, according to a news release from YCSO Public Affairs Supervisor Dwight D’Evelyn.

“The extremely nervous driver and only occupant was identified as 47-year-old Eduardo Bojorquez-Obeso from Nogales, Arizona,” according to D’Evelyn. “Eduardo indicated he was traveling to Flagstaff from Nogales to pick up a friend, then return to Nogales the same day.”

During contact with the driver and based on his training and experience, the K9 deputy suspected Bojorquez-Obeso was transporting illegal drugs. Although Eduardo consented to a vehicle search, the K9 deputy elected to deploy his certified K9 partner, “Vader,” for an exterior sniff of the truck. During the walk around, K9 Vader alerted to the odor of drugs in the truck bed area, according to D’Evelyn. 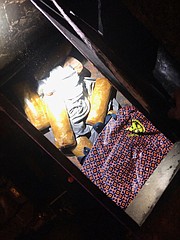 Deputies found a large quantity of narcotics in a false floor of the toolbox in the bed of the truck during a traffic stop in Camp Verde Dec. 4, 2019. (YCSO/Courtesy)

During further examination, it was determined this was a heroin load. Further inspection at the sheriff’s evidence facility revealed the seven packages each weighed 1.5 pounds for a total weight of 10.5 pounds of heroin. The estimated street value exceeds $450,000.

Detectives from PANT, Partners Against Narcotics Trafficking, were notified and will be handling the follow-up investigation.

Citizens can contact the Yavapai County Sheriff’s Office with information or questions at 928-771-3260 or the YCSO website: www.ycsoaz.gov.