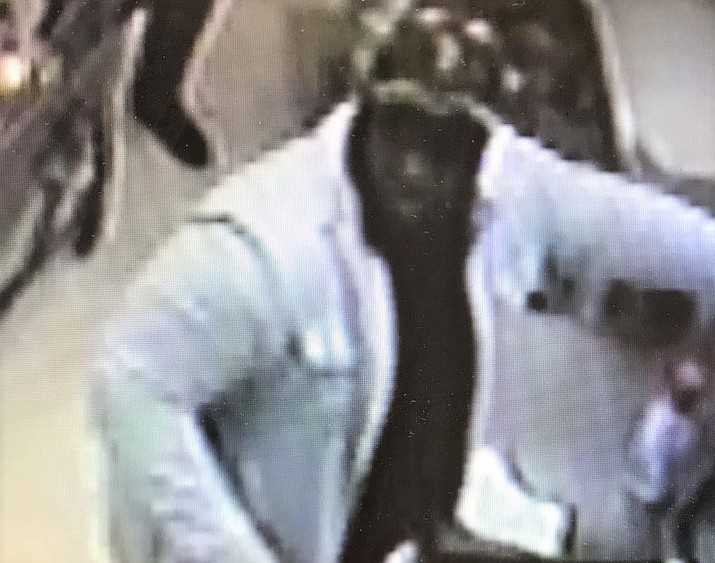 A surveillance video image of a black male suspected of burglarizing a vehicle near Lynx Lake and then using stolen credit cards to purchase multiple $500 gift cards from the Fry’s Food Stores location in Prescott Valley on Sunday, Dec. 8, 2019. (YCSO/Courtesy) 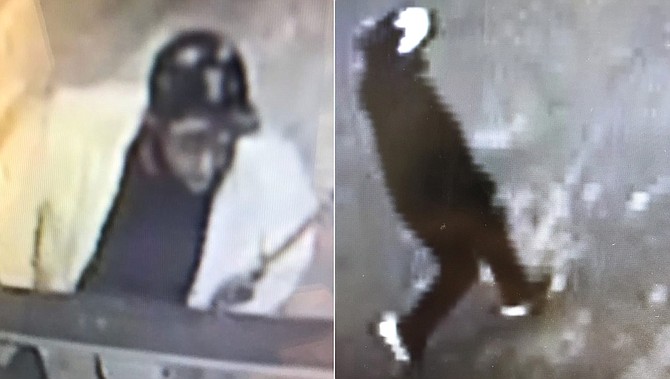 Anyone with information regarding the vehicle and/or suspects shown in the surveillance video photos is encouraged to call the YCSO at 928-771-3260 and refer to case number 19-042868. (YCSO)

The Yavapai County Sheriff’s Office (YCSO) is looking for two black male suspects believed to be responsible for at least one of two burglaries that occurred on Dec. 8 in the Lynx Lake area of the Prescott National Forest.

One of the burglaries reportedly took place at the Salida Gulch Trailhead, according to a YCSO news release. The victim told YCSO deputies she had parked her car at the trailhead around noon and returned around 2 p.m. to find the car’s back window shattered and her purse — which contained her wallet — missing.

The victim said she returned home before calling 911. In the meantime, she received notices that her credit cards were being used exceeding $5,000 in charges, the release states.

The assigned deputy learned that the cards were used at the Fry’s Food Stores location in Prescott Valley to purchase numerous $500 gift cards, the release states.

“Surveillance footage from the store and an adjacent business show two black male suspects arrive in the store parking lot in a silver SUV, possibly a 2017 Hyundai Tucson, with an Arizona license plate,” YCSO spokesperson Dwight D’Evelyn said in the release. “The primary suspect, who used the stolen credit cards in store, was wearing white or grey pants, a dark colored undershirt, a white/grey jacket/coat and a baseball cap.” 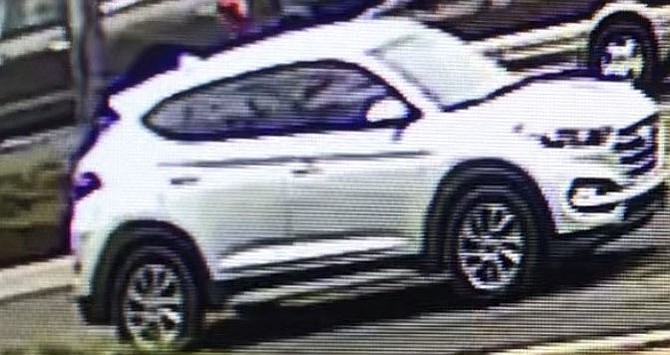 Two suspects in the burglary case are believed to be driving in this silver SUV – possibly a 2017 Hyundai Tucson – with an Arizona license plate. (YCSO/Courtesy)

The second suspect was wearing dark-colored clothing, black and white shoes and a cap with some sort of lettering and insignia on it, D’Evelyn said.

In addition to investigating this burglary, deputies are also investigating a vehicle burglary that occurred the same day on the south shore of Lynx Lake, D’Evelyn said.

Anyone with information regarding the vehicle and/or suspects shown in the surveillance video photos is encouraged to call the YCSO at 928-771-3260 and refer to case number 19-042868. Anonymous tips can be submitted to Yavapai Silent Witness at 1-800-932-3232 or yavpaisw.com. If the tip leads to a suspect’s arrest, the tipster becomes eligible for a cash reward.