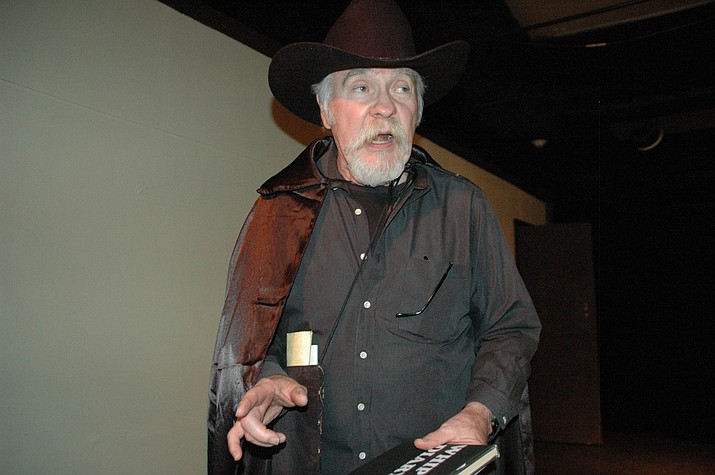 In August, Jeff Frohock went in front of the Chino Valley Town Council with an idea for a repertory theater.

Five months later, the Chino Valley Repertory Theater is set to premiere its first play, a one-act western melodrama called “Keep the Homefires Burning,” on Saturday, Dec. 14. A half hour play was picked specifically because of the holidays and melodrama was chosen because it lends itself well to that length, said Frohock, director of the play.

“It’s an entire scene, it takes place in what appears to be a day, it could be two days. Time is sort of out of the equation,” he said. “You can come see the play, you can bring a young person because a half hour long is long enough of a child of 5 or 6 years of age to sit.”

There are an endless number of good Christmas melodramas and he spent a month on the internet researching scripts for one, Frohock said. With this one, he was able to change two locations to be within Chino Valley, making it more personal and homelike, he said.

Two showings are planned for 2 and 4 p.m. at Chino Valley High School, 760 E. Center St. Tickets are $10 for general admission and $20 for the first row of nine seats, which are going to be an interactive audience area directly involved in the action going on on stage. Sitting in those front row seats will be worth it just to see what happens during the play, Frohock said.

I can guarantee that if there are a handful of individuals who will have ever experienced what they’re going to see, I would be very surprised,” he said. “It’s going to be you boo the bad guy, you cheer the good guy and all sorts of nonsense goes on in-between.”

Tickets are available online at www.chinovalley.org or at the Chino Valley Area Chamber of Commerce, 175 E. Road 2 South.