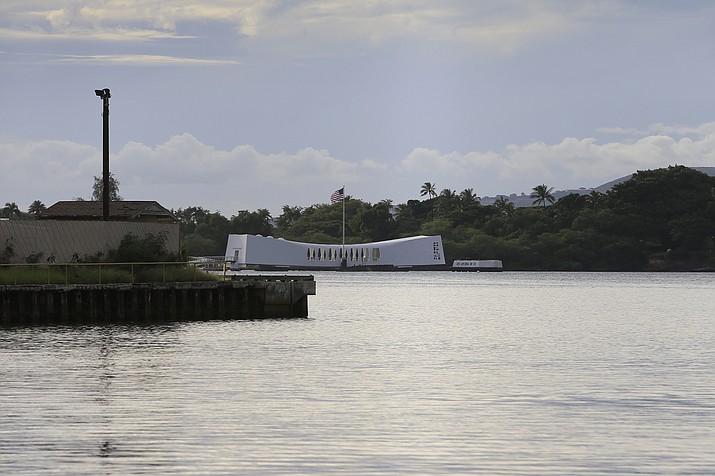 The USS Arizona Memorial can be seen from the Pearl Harbor National Memorial Wednesday, Dec. 4, 2019, in Honolulu. (Marco Garcia/AP file) 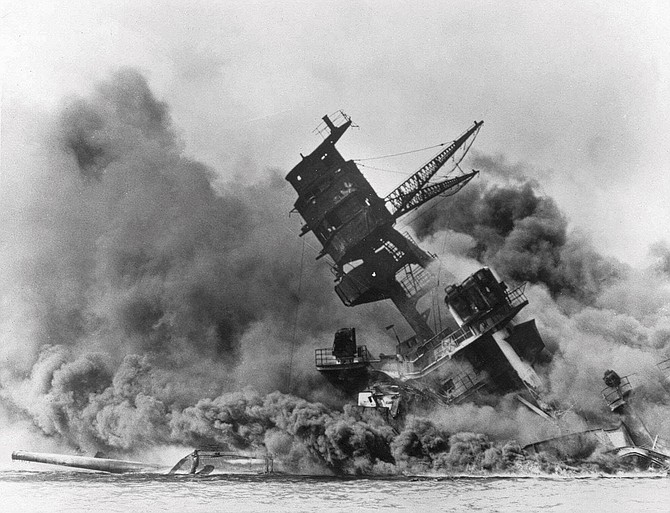 In this Dec. 7, 1941 photo, smoke rises from the battleship USS Arizona as it sinks during the Japanese attack on Pearl Harbor, Hawaii. Divers will place the ashes of Lauren Bruner, a survivor from the USS Arizona in Pearl Harbor, in the wreckage of his ship during a ceremony this weekend. Bruner died earlier in 2019 at the age of 98. (AP photo, file)

To Bill Williamson Jr., the Japanese attack on Pearl Harbor is far more than a few Wikipedia paragraphs.

The retired physicist and university professor was an eyewitness to the 15 unforgettable minutes that changed the course of world history.

Williamson, president of the Prescott-based national chapter of the Sons and Daughters of Pearl Harbor Survivors, presented a Pearl Harbor history lesson, combined with personal reflections, to a group of about 25 people at the Las Fuentes Village Resort on Friday, Dec. 6.

Some attenders are veterans who lived from a distance through the infamous day. Others were not alive, but believe such significant world events must be revered and commemorated.

On that morning 78 years ago today, 2,403 service members and civilians were killed; their sacrifice on the day the late President Franklin D. Roosevelt declared the “date which will live in infamy” must never be forgotten, Williamson and his audience affirmed.

“I’m here because it was our life, and it meant something,” declared Ed Lingelbach who was a 10-year-old boy living in Los Angeles when the attack occurred. Three relatives, one serving on the USS Utah, were among the survivors.

A United States Navy veteran who toured Hiroshima in 1952, Lingelbach said he remembers the shock and fear of those around him. But he said he was “too young to be scared.” His family ended up on a train headed east to the Luke Air Force Base in Phoenix.

“I remember it,” Lingelbach said of that historic time he and his wife, Lois, will commemorate by attending church on what is now referred to as National Pearl Harbor Remembrance Day. “It changed the world; it changed my world.”

The son of a Navy engineering chief petty officer assigned to the USS Pennsylvania battleship, Williamson Jr. was eight years old the morning he tried to dial a friend from his home seven miles away from Pearl Harbor. He wanted to go to a matinee movie. On his first try just before 8 a.m., the phone had no dial tone. On his second try, an operator ordered him to hang up – Pearl Harbor was under attack.

In a blur, his father dressed and departed for his ship in dry dock; the radio was calling all military personnel to duty. The announcer confirmed this was no drill, he noted.

From their house, Williamson said they could see plumes of smoke, and explosive noise; all residents were ordered inside and for days the city was under martial law. Despite the presumed dangers, Williamson said he was a curious boy. He couldn’t resist peeking outside shaded windows, and scouring the area for souvenirs. To this day, he has a couple pieces of shrapnel from his father’s car and large-caliber machine gun bullets still in his possession.

His clearest memory is of Christmas Day, 18 days after the attack. His mother was ordered at 10 a.m. to pack up him and his siblings – one suitcase each. Four hours later, they were evacuated to what then was an unknown location. Their father’s whereabouts remained a secret.

Their ship landed in San Francisco; Williamson remembers thinking he was in Alaska because it was so cold. As they departed, however, the foursome forgot all about the weather. Williamson’s father was alive; his embrace an indescribable comfort, he said.

Williamson grew up to be a true World War II buff. In his considerable research, he has uncovered now unclassified documents that speak to that long ago tragedy.

One he recalled is an FBI intercepted phone call from a Japanese dentist on Oahu to a caller in Tokyo. Though there was talk of the Pacific fleet in Pearl Harbor, most of the conversation revolved around island horticulture, Williamson said. The last line of the conversation was, “The hibiscus and poinsettias are now in bloom,” he repeated. 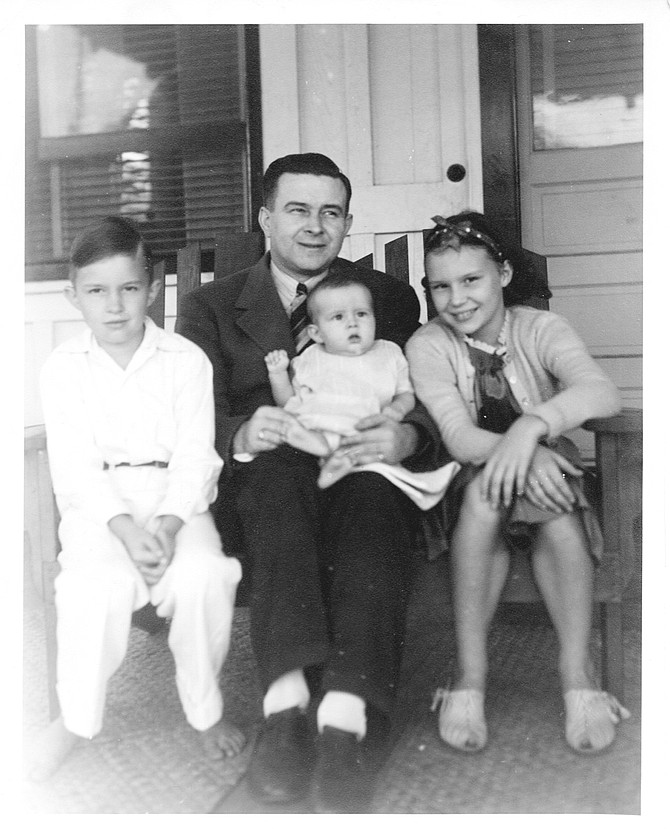 Unknown then, Williamson said that was a coded message about the timing for a surprise attack.

Much speculation has been made since that perilous day about its ripple effects across time; the nuclear bombing of two Japanese cities still a matter of debate in certain circles.

To Williamson, and those of his era, it is impossible, even an insult, to second guess the agonizing decisions forced upon American leaders wishing to spare millions of military lives, yet unable to convince Japan to surrender.

From his perspective, Williamson said “it was the right thing to do.”

“You can’t judge what happened back then by today’s standards,” Blanton said.

Though Pearl Harbor was a history lesson for him, Blanton said it is one that needs to be remembered because “if we forget it, we’re lost.”