American Pickers to film in Arizona 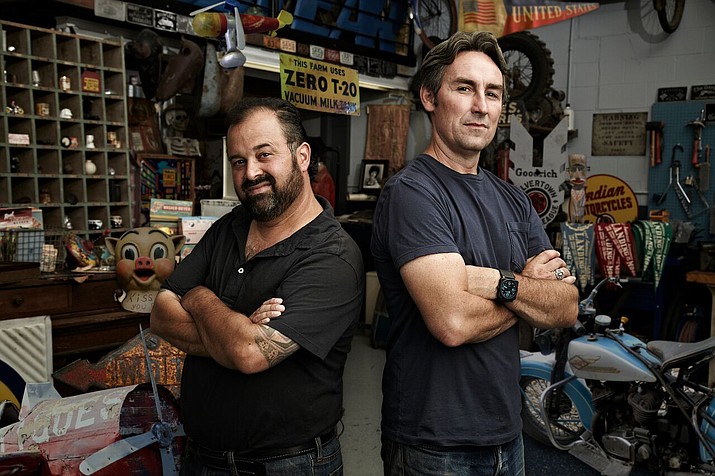 Frank Fritz (left) and Mike Wolfe star in the popular documentary series that explores the world of antique “picking” on the History television network. The show will be filming at select locations in Arizona in February 2020. (Cineflix/Courtesy)

Mike Wolfe, Frank Fritz, and their team will be returning to Arizona in February 2020 to film episodes of the popular documentary series American Pickers.

Now in its 10th season, the show explores the world of antique “picking” on the History television network by following Mike and Frank as they hunt for America’s most valuable antiques.

Producers of the show are currently seeking locations in Arizona to scout and possibly feature in the show. They intend to film at least four collections in the state during their visit.

Of particular interest to them are large private collections that Mike and Frank can spend the better part of a day sifting through.

“We are looking for different, unusual, and unique items too – something we’ve never seen before and with an interesting story,” said Sarah Perkins, a casting associate that works with the show.

To be considered, send your name, phone number, location and description of the collection with photos to Americanpickers@cineflix.com or call 855-OLD-RUST (653-7878). No stores, malls, flea markets, museums, auctions, businesses or anything open to the public will be considered.

The last time the show filmed in Arizona was in 2015. The only collection they featured belonged to a woman in Prescott. To read about how that went, go to https://bit.ly/389wUX9.