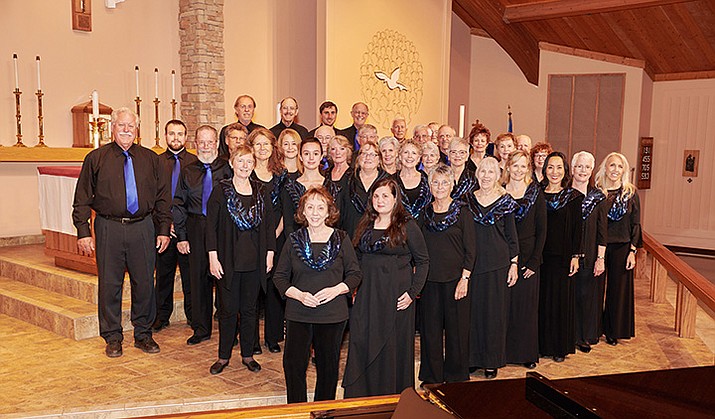 Celebrate the season with the Prescott Chorale as the group puts on two performances of “Holiday Magic” Saturday, Dec. 7.

Held at 2:30 and 7:30 p.m., with a carol sing with organ and brass at 2 and 7 p.m., this year’s concert will feature a special guest flautist Gary Arbuthnot from Ireland, said Artistic Director Dennis Houser. He met Arbuthnot on a cruise ship five or six years ago, Houser said.

“When I was still at the college, years ago now, he came to the college and did a concert with the Chorale and the college,” he said. “He was just spectacular.”

Emily Spencer, who recently moved to the area, is also a guest soloist for Saturday’s concert, doing a duet with Arbuthnot and piano, Houser said. There will also be a harp playing in both performances and the Bradshaw Mountain High School choir will perform at the 2:30 p.m. concert, he said.

Tickets for the concert, held at St. Luke’s Episcopal Church, are $21 for adults in advance, $22 at the door, $6 for youth 12 to 18 and free for 12 and younger. Advance tickets can be purchased online at www.prescottchorale.org. The afternoon focuses on children because it’s a Christmas concert and at the end of that one, the flute player will take the children to the Fellowship Hall to see and spend some time with Santa, Houser said.

For both concerts, the Chorale will perform the “Ceremony of Carols” by English composer Benjamin Britten, accompanied by David Ice, harpist and frequent instrumentalist with the group. It’s a piece than hasn’t been done in Prescott for about seven years, Houser said.

Additionally, James Galway, friend and musical colleague of Arbuthnot, gave the Chroale his arrangements of “Greensleeves,” Silent Night” and “Pat-a-Pan,” which he wrote for flute and chorale, Houser said. They are otherwise unavailable because Galway owns them, he said.

“It’ll be very entertaining,” Houser said. “It’s a fun concert for us, we’ve had eight weeks to get ready.”