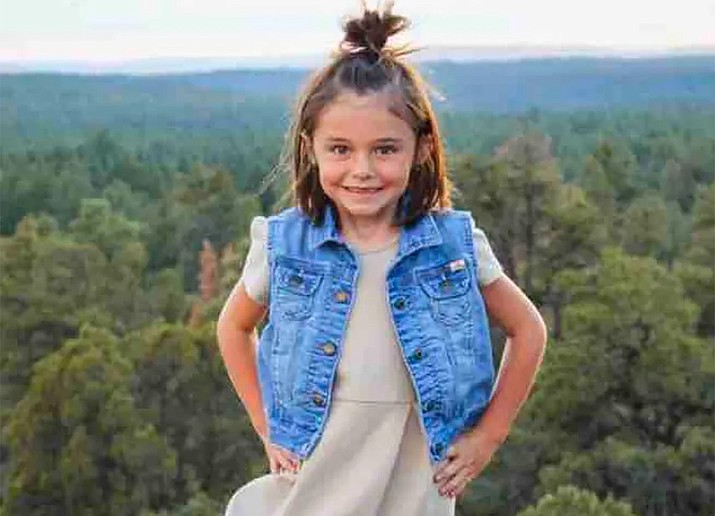 Authorities are still searching for 6-year-old Willa Rawlings who was swept away by high water near Tonto Basin, Arizona on Friday, Nov. 29, 2019. (Photo courtesy of GoFundMe)

TONTO BASIN, Ariz. — The search resumed Wednesday for a 6-year-old girl missing since being swept away in a rural Arizona creek during a rainstorm.

Searchers planned to comb a 2-mile stretch of water with boats and sonar equipment for any sign of Willa Rawlings, Gila County Sheriff's Lt. Virgil Dodd said. Teams will also be using drones and search canines to go through debris. A pair of pants found Tuesday were identified as belonging to her.

Dodd said an afternoon forecast of rain could hamper the search. Showers could lead to an influx of water in the creek, decrease visibility and make the ground much more slippery.

The girl was one of nine family members in a military-style truck that became stuck Friday while trying to cross Tonto Creek. The bodies of her 5-year-old brother, Colby, and 5-year-old cousin, Austin, were found Saturday. Her parents, Daniel and Lacey Rawlings, and four other children were rescued.

The crossing had been closed with barricades and signs because of a storm that dropped an estimated 2 inches (5 centimeters) of rain in the area.

A memorial service for Austin Rawlings was scheduled for Friday afternoon at a church in Peoria, according to a separate GoFundMe page set up by Ena Tucker for the girl's family.