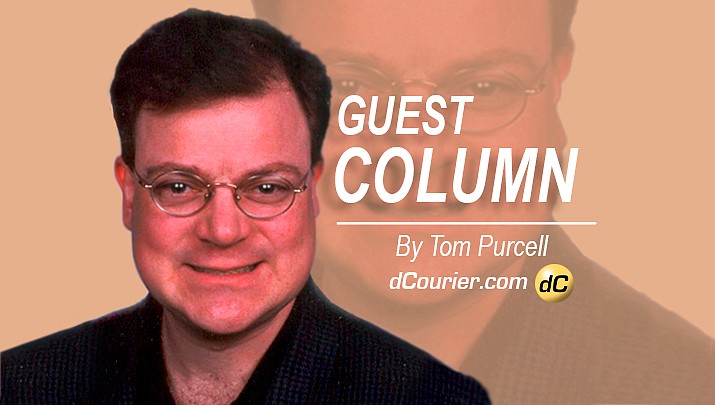 I’ve had my issues with baby boomers, too.

“OK boomer,” reports dictionary.com, “is a viral internet slang phrase used, often in a humorous or ironic manner, to call out or dismiss out-of-touch or close-minded opinions associated with the baby boomer generation and older people more generally.”

It’s sarcasm used to tell baby boomers that they’re too critical, condescending and dismissive toward younger folks’ anxieties and concerns.

I feel those younger folks’ pain.

Technically, I’m a boomer, born near the tail end of that generation, which began in 1946 and concluded in 1964 – but that 18-year span is far too lengthy to accommodate a single generation.

Sociologist and author Jonathan Pontell argues that Americans born between 1954 and 1965 are actually part of their own Generation Jones.

Boy, is he right. I have little in common with front-end boomers.

When front-end boomers were indulging in drugs and free love, we tail-enders were doing our homework.

While they were traveling the country in VW Beetles and partying at Woodstock, we were doing our chores.

While they dreamed of changing the world, we dreamed of getting collegiate business degrees and good-paying jobs.

Front-enders have criticized, dismissed and condescended to us tail-enders for years.

If you’re young, don’t be so sensitive. Who else do old fogies have to complain about?

I know younger generations worry about their six-figure college loans, climate change and many other issues — I know you blame preceding generations for these woes.

But this tail-ender doesn’t see gloom and doom. Sure, we need to address lots of things, but the truth is there’s never been a better time to be alive — there is evidence that the world is doing better than ever.

Our economy, envy of the world, is expanding.

Technological innovation, already massive, is increasing rapidly. I can’t wait to see the solutions — for disease, poverty, climate change — it will bring in the not-so-distant future.

Here’s more to be hopeful about: Bill Gates’ charity reported in 2018 that childhood deaths fell from 12 million in 1990 to 5 million in 2017. More than 90 percent of children now attend primary school. The proportion of people living in extreme poverty declined from one-third in 1990 to one-tenth.

Younger generations have much to look forward to. They’ll do lots of good work with powerful tools. We all should agree on that.

Hey, I’m a tail-end boomer who’s heard plenty from my elders about shortcomings. If you’re young, I hope you’ll take my well-intentioned optimism about your generation in that spirit, rather than dismiss it with a trendy catchphrase.

But I can understand why you might meet my optimism with a quick “OK tail-end boomer.”

Tom Purcell, author of “Misadventures of a 1970’s Childhood,” a humorous memoir available at amazon.com, is a Pittsburgh Tribune-Review humor columnist and is nationally syndicated exclusively by Cagle Cartoons Inc. For info on using this column in your publication or website, contact Sales@cagle.com or call (805) 969-2829. Send comments to Tom at Tom@TomPurcell.com.