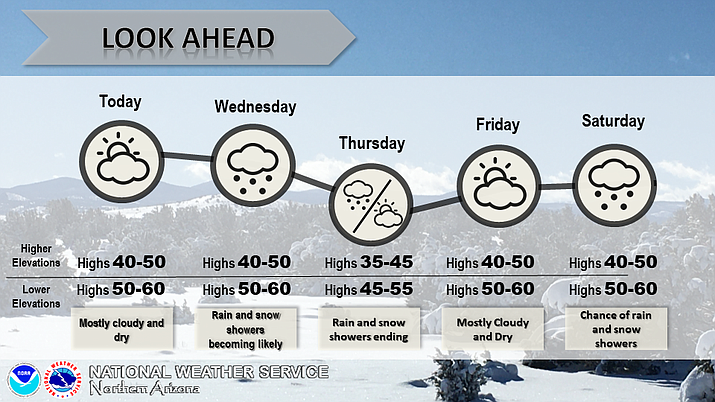 Two weather systems will impact northern Arizona this week – one on Wednesday and the other on Saturday and Sunday.

The mid-week system is forecasted to bring 0.5-1 inch of rain to Prescott and 0.25-0.5 to nearby surrounding areas such as Chino Valley, according to the National Weather Service (NWS) station near Flagstaff.

The most significant snow accumulation is expected to be confined to areas above 8,000 feet, according to the NWS. Up to 2 inches of snow is possible as low as 6,500 feet, creating slick road conditions Thursday morning. Already saturated and/or snow covered ground may also see modest rises in streams across Yavapai County.

Showers will quickly end on Thursday, but may return late Saturday into Sunday, according to the NWS. The weekend system is expected to produce only light precipitation.