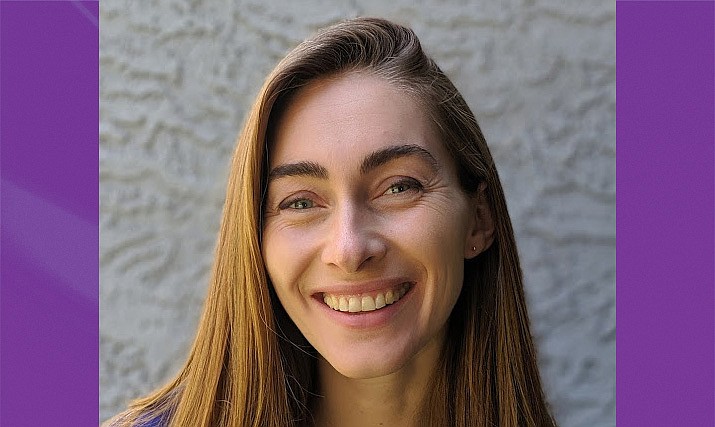 Rebecca “Becky” Ruffner is about to start a new chapter in her life.

As she turns the page, the 72-year-old founder and executive director of Prevent Child Abuse Arizona, who will retire her post on Dec. 31, is confident the agency’s new leader is poised and ready for the task.

The agency on Wednesday announced the promotion of Training Director Claire Louge to Ruffner’s role upon her retirement.

Since 2014, Louge has served as an agency trainer, both for local and statewide events.

From upstate New York, Louge has a bachelor’s degree from Cornell University in human development and a master’s degree in human relations from Northern Arizona University. She is a graduate of the American Express Leadership Academy at the Arizona State University Lodestar Center.

Louge is certified by the National Alliance of Children’s Trust and Prevention Funds to teach the Strengthening Families™ Protective Factors Framework. She is also a Certified Trauma Support Specialist through the Arizona Trauma Institute, and is an authorized Stewards of Children® facilitator. She often conducts workshops and offers keynote addresses related to these topics at statewide conferences.

In 2018, Louge was named one of Prescott Living Magazine’s “40 Under 40” business leaders. Five years earlier, Louge was selected for the Prescott Area Young Professionals Visionary Award. She served as president of the Friends of the Del E. Webb Family Enrichment Center from 2015 to 2017.

Prior to her work with Prevent Child Abuse Arizona, Claire worked with First Things First, the Arizona state agency dedicated to making sure all young children are ready to succeed in school and in life. She also served as an AmeriCorps Volunteer in Service to America (VISTA). She, too served as the EMT-certified Wellness Director for a summer camp for adolescents in upstate New York. She also volunteered with Population Services International in Madagascar to develop a sexual health curriculum for youths.

In her volunteer time, Claire organizes theatrical roleplay adventure events for teens at the Prescott Valley Public Library, as well as in her home state.

In an interview this week, Ruffner said she was feeling “relaxed” because she knows the direction the agency will now be headed with Louge at the helm.

Louge’s duties will begin on Jan. 1.