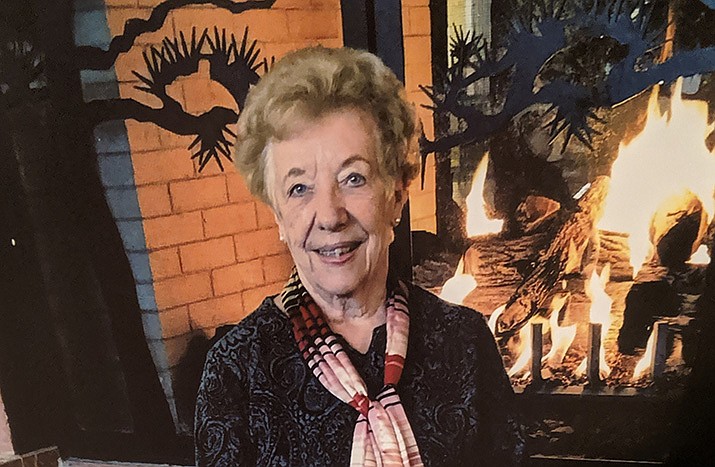 Sophie Barbara Chapp (nee Liskowicz) died peacefully at home in Prescott, Arizona, on Aug. 25, 2019, after a brief illness. She was born on Jan. 26, 1929, in Blizanka, Poland, to Nicholas and Olga Liskowicz, who preceded her in death.

Barbara came to the United States with her family in 1936. She received her Associate of Arts degree from Fairleigh Dickinson University. She married William Vincent Chapp in 1952 and they raised a family of three daughters and one son in New Jersey and Maryland.

Barbara was a homemaker for many years and later was hired as an Executive Secretary for several corporations and the Montgomery County, Maryland school system. She supported her husband Bill in his career with the U.S. Postal Service in Washington, D.C., and for a three-year assignment in California. Following Bill’s retirement in 1987, they lived in Virginia, Florida and Arizona, moving to Phoenix, Arizona, in 2006 and Prescott, Arizona, in 2009.

Barbara was a woman with a sparkle in her eye and a loving heart. She appreciated beauty and nature and enjoyed gardening and the outdoors.

She was a Girl Scout leader and went on many hikes, campouts and canoe trips. She loved travel, visiting many U.S. cities and foreign countries, dancing, theater, movies, playing cards, reading, and socializing with friends and family. Barbara was the life of the party! - including her joyous 90th birthday celebration in January 2019. She supported The Catholic Church and many charitable causes. She will be greatly missed.