Cold cases remain open for those missing at Grand Canyon, other national parks 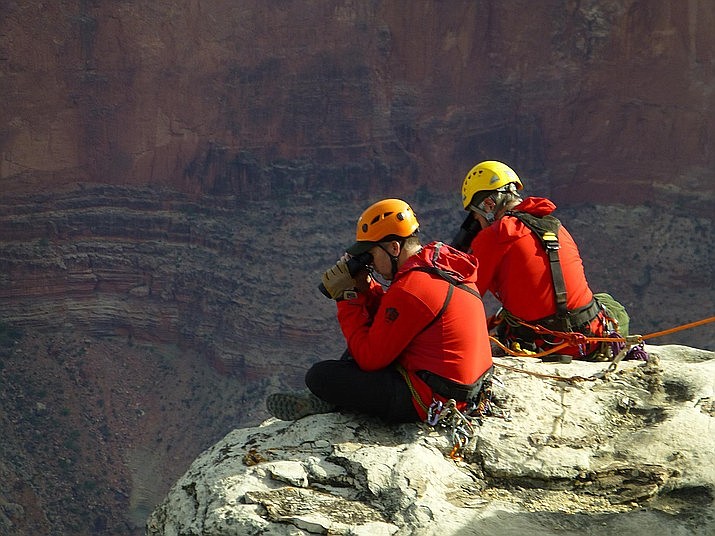 It happens at least once every year in America’s 419 national parks and monuments — a hiker goes missing, a rafter gets swept away, or, even more terrifying, someone ends up the victim of a homicide.

The Investigative Services Branch (ISB), the arm of federal law enforcement on NPS sites, is often able to solve cases quickly. But sometimes, a tragedy becomes a mystery — the search formally ends and the case goes cold with few leads to go on.

But even though a case may become inactive, the ISB doesn’t close them, said ISB spokesperson Kathy Kupper.

“It’s always there on the table,” Kupper said.

Kupper said the agency has 30 special agents that cover all 419 NPS sites nationwide, so cases are often inactive until new information is discovered to conserve resources.

“Sometimes a tip will come in, someone will hear something, and it (the case) will go active again,” she said.

For example, one of the agency’s oldest cases — that of missing park ranger Paul Fugate — recently received new activity, possibly as a result of the agency raising the reward for information to $60,000 last year. Fugate went missing from Chiricahua National Monument in 1980 under mysterious, possibly criminal circumstances.

Kupper credits some cold case activity to social media posts by the agency.

“We’re very active on social media, and people will post things for us,” she said. “Our tip line is also very effective.”

At Grand Canyon National Park, and many others, cold cases involve persons reported missing while in a park. Families report hikers as overdue and abandoned vehicles are found at trailheads, their owners’ whereabouts unknown. A search is launched by park search- and-rescue teams once a report is made, but those efforts usually end a few days later and, if nothing is found, the search is scaled back to limited continuous, with park rangers browsing for clues if they are in the area.

In some cases, remains are found several months to even years later. In others, they’re never found at all.

Yosemite National Park tops the ISB’s cold case list with 10 unsolved cases, followed by Great Smoky Mountains National Park and Grand Canyon with five each. The oldest case is about 60 years old — 7-year-old Dennis Martin went missing in June 1969. There is one Jane Doe on the list, an unidentified woman whose partial remains were found in Yosemite National Park in the early 1980s. NPS investigators identified a suspect based on information he provided at the time, but he has since died himself. There are also three unsolved homicides: Laura Winans’ and Julianne Williams’ remains were found in their campsite in Shenandoah National Park in 1996 and local radio host Arman Johnson was killed in Hawai’I Volcanoes National Park in 2005.

Of the five cases at Grand Canyon, two are visitors who disappeared while on hiking or river trips, one is a visitor considered suicidal at the time of his disappearance and two more involve the owners of cars found abandoned in the park. 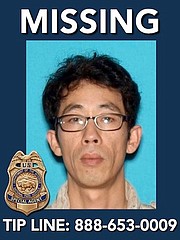 Jonghyon Wong, 45, was last thought to be in Grand Canyon Sept. 17, 2017. His vehicle was sighted near New Hance Trailhead and found abandoned at Moran Point. Won had no known plans in the area and his current whereabouts are unknown. 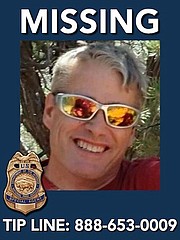 Floyd E. Roberts III, 52, went missing during a hike June 17, 2016. Roberts became separated from companions during extreme heat conditions while starting a multi-day hike in a remote portion of western Grand Canyon on the Shivwits Plateau. The group planned a nine-day hike that would exit the canyon via Separation Canyon. He was last seen near Kelly Tank heading toward Trail Canyon/214 Mile Canyon (Shanley Spring area) and the river but may have descended into 209 Mile Canyon. After an intensive search, no sign of Roberts was found. 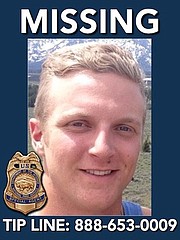 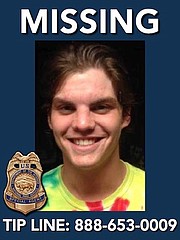 Drake Kramer, 21, was last seen at Bright Angel Lodge Jan. 31, 2015. He was believed to be suicidal at the time he disappeared. 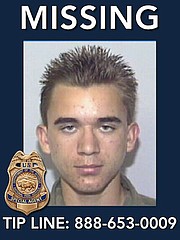 Adam Jones, 23, is believed to have gone missing in Grand Canyon in March 2011, although there wasn’t a confirmed sighting of him in the park. His family last saw him in Gulf Breeze, Fla. on March 31, 2011. His vehicle was found in Grand Canyon National Park at the Grand Canyon Visitor Center (South Rim) May 5, 2011.

Although a handful of cases remain unsolved, the agency investigates several hundred more every year, with the majority ending in arrest and prosecution. ISB cases can range from poaching wildlife to smuggling cultural artifacts and natural resources to cultivating marijuana on public lands. The agency has investigated and secured convictions for several cases of sexual abuse of children, including a case at Grand Canyon between a student and teacher in 2014. The agency also secured the conviction of a park concession employee for possession of child pornography in 2016.

The Williams-Grand Canyon News is a sister publication of The Daily Courier’s in Williams, Arizona.