If you’re worried your soil is contaminated, get it tested 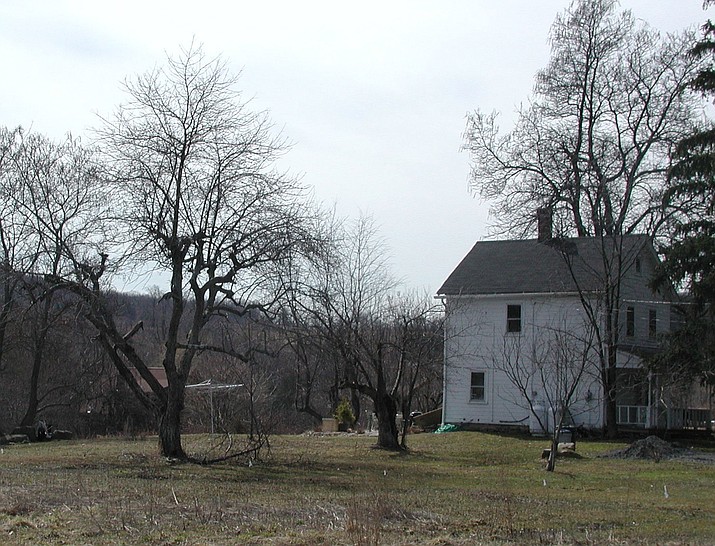 This undated photo shows old apple trees, a sign of potential soil contamination with heavy metals, in a yard in New Paltz, N.Y. Old orchard sites, as well as flaking paint and nearness to roads, are some ways in which soils can be contaminated. (Lee Reich via AP)

Dampening my friend Dan’s excitement about moving to a new home was one nagging fear: Before being developed for homes about 45 years ago, the site had been an orchard.

Orchards are notorious for being doused repeatedly with toxic sprays. Were residues still lingering in the soil?

Throughout the early part of the 20th century, apples and other crops were commonly sprayed with lead arsenate, and neither lead nor arsenic readily washes out of soils. Synthetic pesticides, such as DDT, are other potential contaminants on agricultural sites.

Agriculture is not the only culprit responsible for contaminating soil. Lead can rise to excessive levels near old homes from lead-rich paints that were scraped or flaked off into the soil, and near heavily trafficked areas.

These toxic materials can be absorbed into plants, but often do most harm when contaminated soil is breathed in or ingested. Soil tracked indoors or carried in on clothing can eventually become airborne dust. Children frequently put dirty hands in their mouths and sometimes eat soil, and adults and children might ingest soil adhering to root crops.

Soil contamination by synthetic pesticides such as DDT, which came into use after World War II, is generally not of concern in backyard situations. Direct ingestion or breathing in soil particles generally provides less exposure than residues on foods. DDT and related compounds do persist a long time in the environment, but more modern synthetic pesticides break down relatively quickly.

IF A SITE SEEMS SUSPECT, TEST IT

I suggested to Dan that he have his soil tested. Soil tests usually are used to optimize fertilizer use but can also be done to test for contaminants. Contact a university or private soil testing laboratory, and then expect to wait from a few days to a few weeks to receive the results.

Most soil test reports include a recommendation for amounts of limestone or sulfur to add to adjust soil acidity. Soil acidity not only influences a plant’s uptake of nutrients but also its uptake of lead, arsenic and other potentially hazardous metals.

Threshold levels that call for action have not been established for all soil contaminants. Soil lead and arsenic levels are, according to Rufus Chaney, retired scientist with the USDA, a “current area of controversy and ignorance.” He suggests that arsenic levels above 20 ppm (concentration in parts per million) might be cause for concern, and that action needs to be taken for lead levels above 500 ppm.

REMOVE OR KEEP IN PLACE

The brute force method of dealing with excessive levels of any contaminant would be to scrape off the topsoil and replace it with “clean” topsoil. Such heroic measures may not be needed.

A one-time treatment that greatly reduces lead absorption from even ingested or inhaled soils containing levels up to 1000 ppm involves applying compost along with lime or wood ash to bring soil pH to about 7.5.

The highest levels of contamination call for up to 5 pounds of compost and 2 pounds of lime per square foot. This treatment is also effective for inactivating arsenic in soil.

Another way to deal with contaminants persisting in the soil would be to keep the soil in place. Establishing and maintaining a dense lawn keeps soil from being tracked indoors on shoes, and provides a barrier between small hands and the dirt. A permanent mulch of leaves, straw, or other organic material, renewed as needed, does likewise in flower and shrub beds.

Tillage should be avoided, and is, in fact, unnecessary as long as walking areas and planted areas are permanently designated and kept separated. Coupled with compost and limestone to reduce the bioavailability of the soil lead, mulch provides needed protection of children and pets.